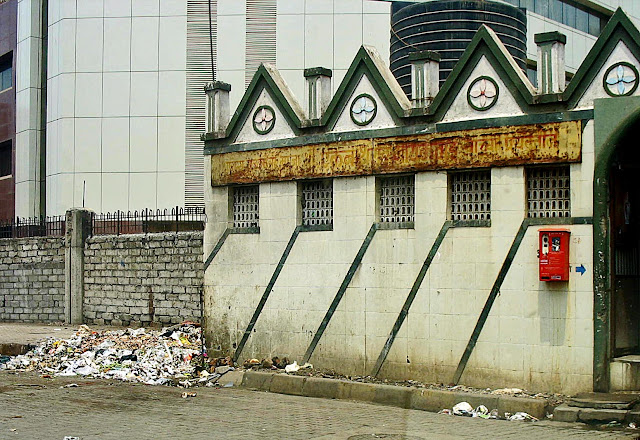 This one has been beautified a little with plants on the outside. Inside it will probably be stinking. 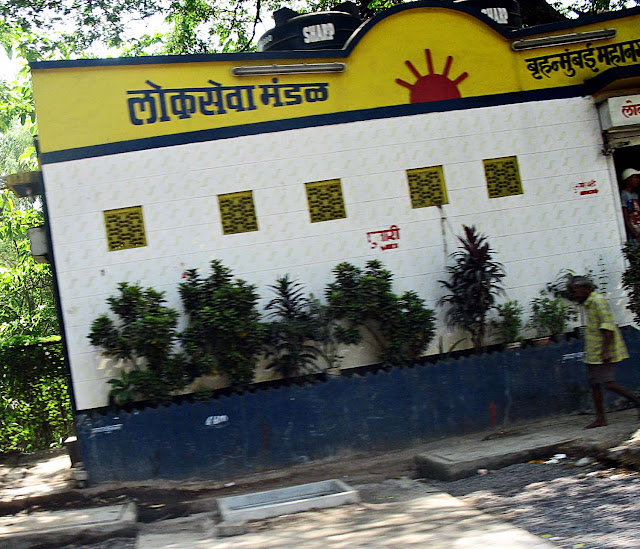 This toilet on the Mumbai-Pune Expressway near the toll booth is built and run by the private contracter who runs the highway. 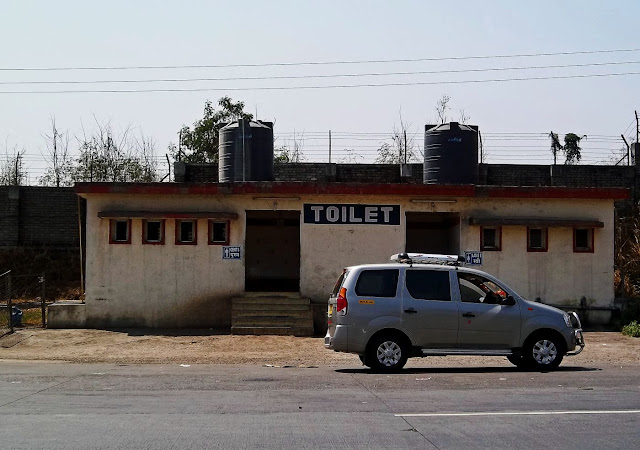 Another toilet on the Mumbai Pune Expressway at a food mall  has been dubbed a "washroom," American style. Of late India has a fascination for all things American, and the ubiquitous European nomenclature "toilet" is considered infradig and well, too common to use! 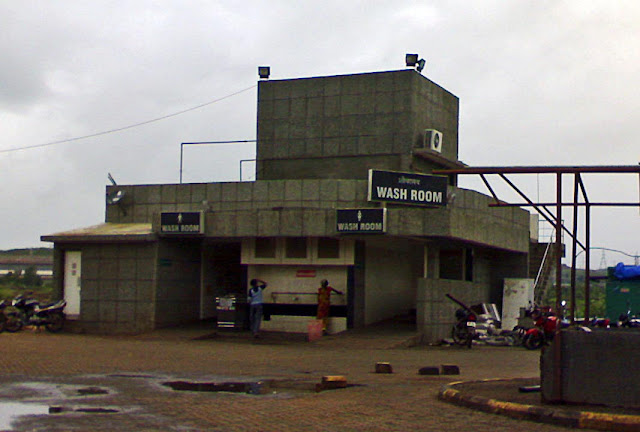