Ganesh Pandal decorations on the streets

Telling stories from mythology is one of the themes of the Ganesh pandals. During the Ganesh festival a lot of Ganpati pandals come up on the streets in Maharashtra. These stage stories from the mythological books of Ramayana and Mahabharata. The pandals compete with each other to provide the best show and electric lighting and moving figures are common. (For Ganesh pandals lit up at night with figures of the Ganesh idol, check this post: Ganpati at Night)

People flock to see these pandals, which often block traffic. These pandals also come up during the time of Dassera, a religious festival which comes before the main festival of Diwali. The Dassera pandals come up in other parts of India as well as Maharashtra. All these photographs have been taken on the streets of Pune. 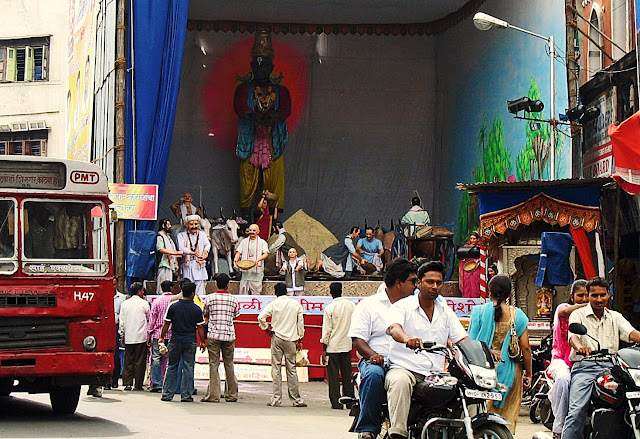 This is a demon or rakshas. He could be considered akin to the devil. He is portrayed in these pandals as part of a story where he is destroyed by the gods and goddesses. 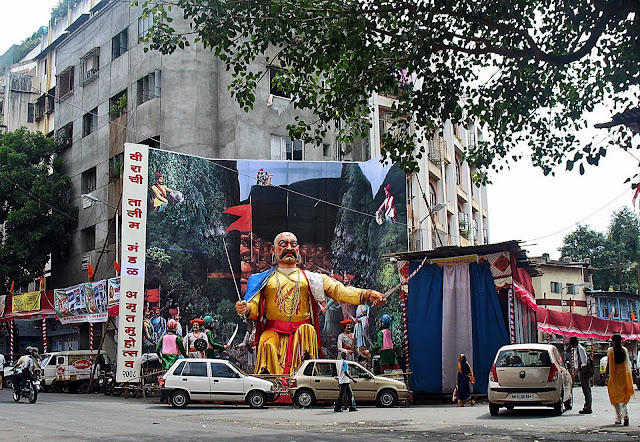 Animals and their worship is a part and parcel of the Hindu religion. Hinduism does not see animals as inferior beings and gives them a high status, equal to that of humans. This is probably why wildlife has survived in India and not in the western world. Animals are revered, because it was recognized that they are a part of an eco system and necessary and useful for the world to survive. This is a part of Hinduism that I love and respect. 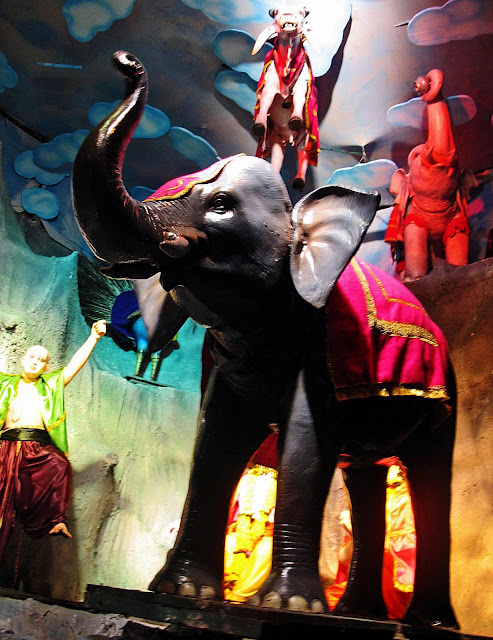 Elephants were used in war and cattle used for the milk products. Early Hindus recognized the importance of these animals and also that of other animals. 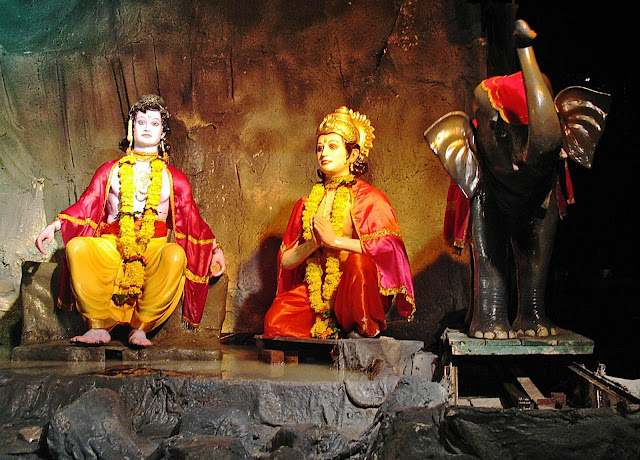 This is a demon that is being conquered by one of the Gods. 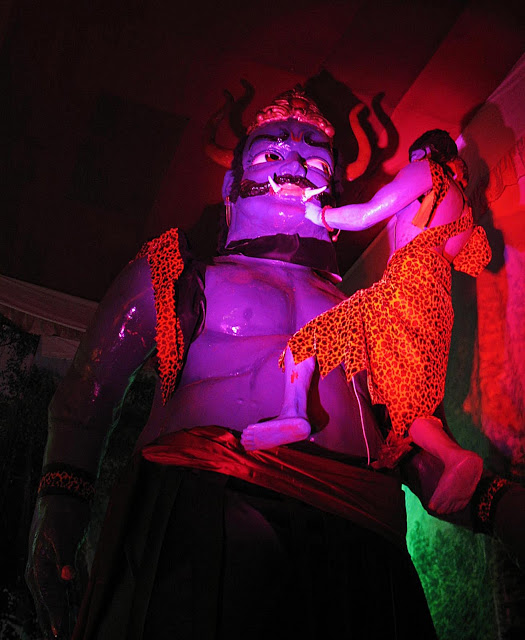 Spectators come from all over the town to watch the pandals. Visiting the pandals during the evenings and night is common as they are lighted up. 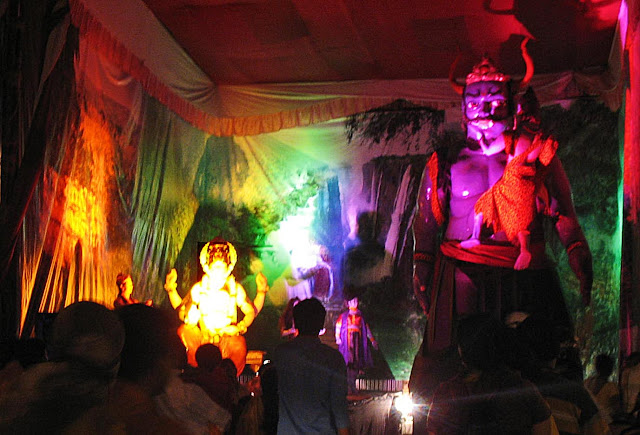 It is a way for children to learn the stories from the great mythology surrounding Hinduism. A way for the young to see the stories come alive. 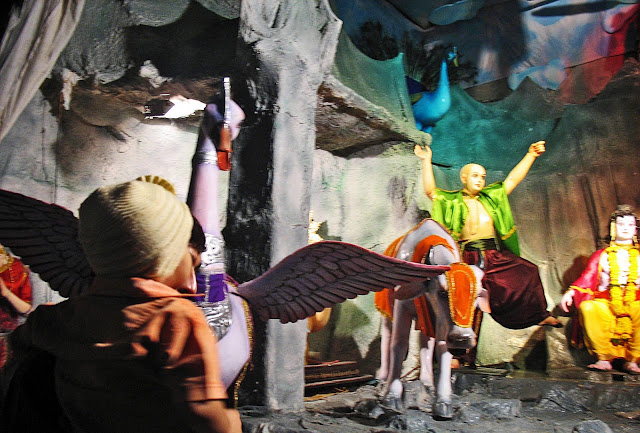 Related Images: Ganpati or Ganesh sketches and for images of Ganesh Idols lit up with decorative electric and psychedelic lights see this post: Ganpati at Night

Or : Temple Silhouettes or Temple Outlines and Sketches or Ganesh or Ganpati Silhouettes
More related Images: Indian cities lit up at night with Diwali lights or Priest performing a Pooja or Hanuman Temple
For religious symbols from Hinduism: Swastika graphics from India or Paduka or Guru's feet or or Shiva Pindi or Lingam