Interesting and colourful people from India!


These are people whose images were captured on the streets, but difficult to figure out exactly what is going on with them. Unfortunately in this first photograph I could not get the face but the outfit itself was intriguing. This old man is dressing himself up in fancy shiny gear, and its curious as to why! He is stuffing something into the back of a scooter. more colourful shiny material. 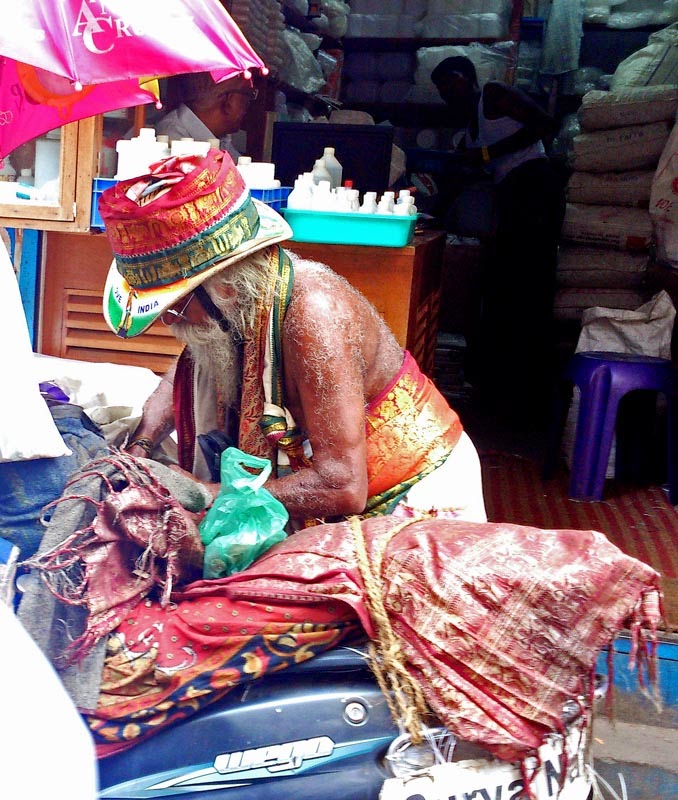 This one is surely a homeless woman sitting and staring vacantly around. 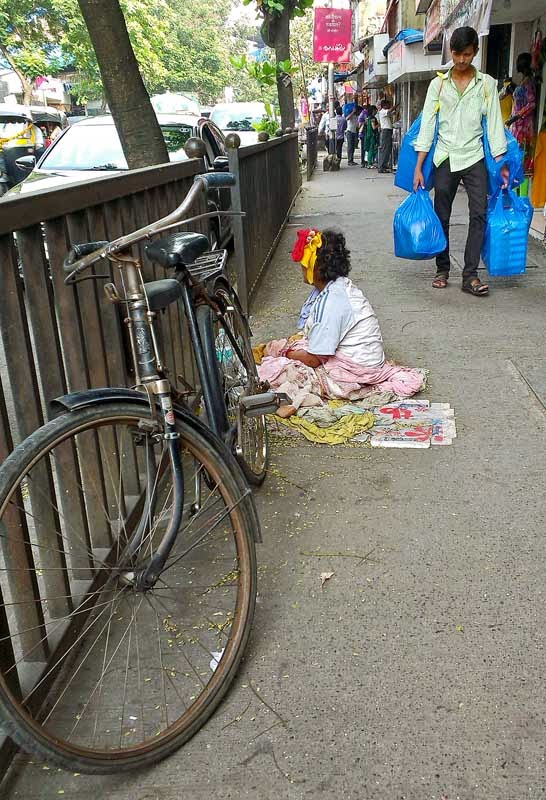 A closer look shows that she is not old at all, but quite young, possibly in her thirties. And she is wearing make-up, which makes one suspect her calling. Homeless people do not generally use make-up. 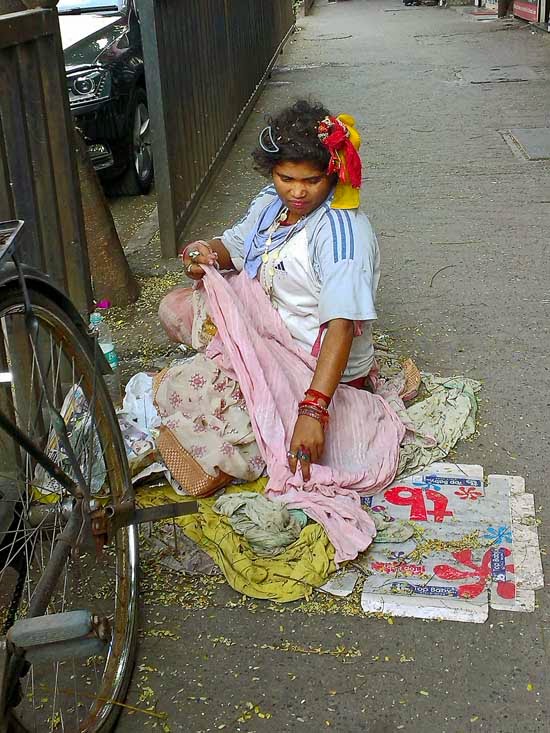 You might also like to see Indian Men Portraits
Or for photos of homeless people: Tramps on the streets of Italy or Drunk and drugged people lying on the roads or Homeless in India - Photographs