Shore Temple at Mahabalipuram or Mammallapuram

The Shore Temple was built over 13 centuries ago (700-728 AD). Although it is partly in ruins, it has been well maintained. It is near the beach of the Bay of Bengal. It has been made of granite at Mahabalipuram or what is also known as Mammallapuram which is a small village near Chennai, Tamil Nadu, India. It was built during the Pallava dynasty.

A panoramic view of the Shore Temple at Mahabalipuram. It is in the centre of the image. Beyond that is the sea.

A closer look at the ancient temple at Mahabalipuram. It is an UNESCO world heritage site. The temple is dedicated to Shiva and Vishnu. 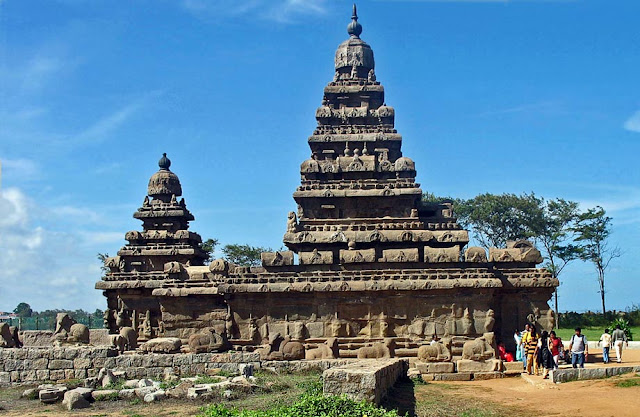 You might also like Meenakshi Temple or Tiru-alavai images or check out the scores of images filed under the label "Temples" where you will find temples from different parts of the world.