Here are some pictures of the exterior of the Eiffel Tower, one of them a close-up, some standard pictures, and two images shot at night.

This one is a worm's eye view of the Eiffel Tower and the blue sky as the background. 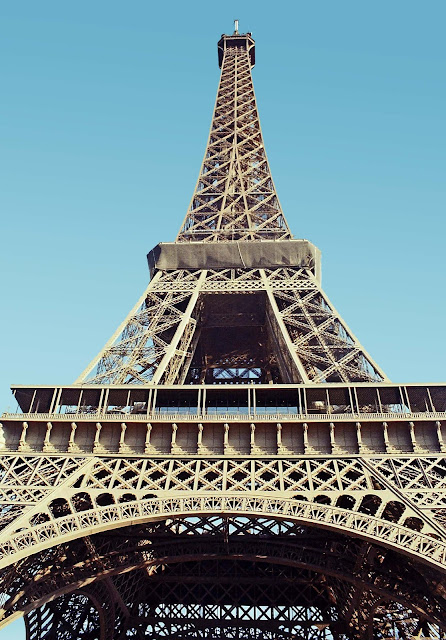 This image is an even better worm's eye view. This is a shot of the Eiffel Tower from underneath it. You can see the metal girders from up close. A light blue sky makes up the background. 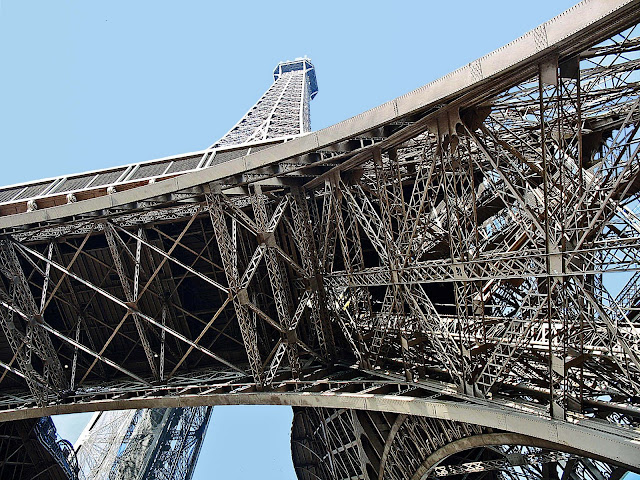 This photograph is a standard view of the Eiffel Tower, from up front. Tourists can be seen around the base of the tower. Some buildings of Paris can be glimpsed in the background. 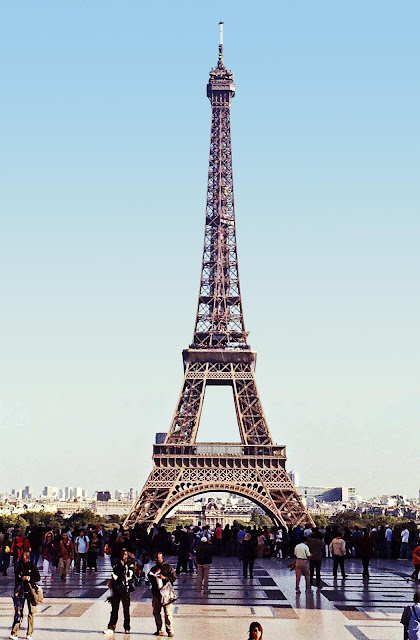 This image is shot during dusk. Although the Eiffel Tower is not looking like a silhouette, it is almost one due to the camera facing a very bright sun. People at the base of the tower are silhouetted against the blue sky background. This picture is interesting because the sun is exactly above the Eiffel Tower, it's rays spreading out giving the Eiffel an aura. 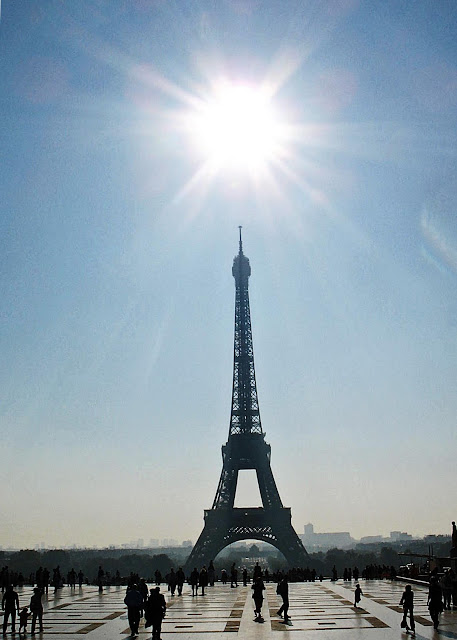 The night pictures were shot on a cell phone camera. The background is a dark blue sky and the Eiffel Tower is lit up with yellow and green lights. 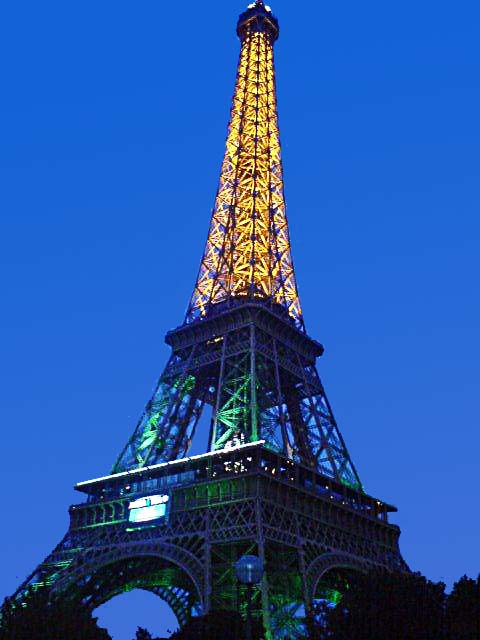 This image has been given an effect to reduce its blurriness. The background is black. 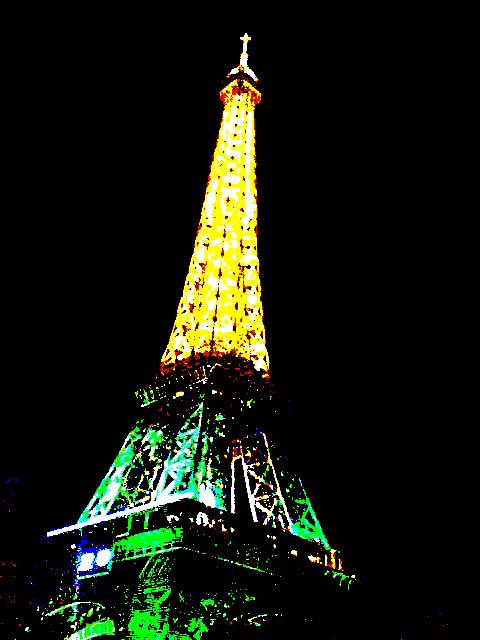