These are pictures of old and elderly women who are beggars. They are destitutes, probably abandoned by their family.


This woman was seen outside the Pan Chakki, a tourist site in Aurangabad, Maharashtra, India. She could barely see. 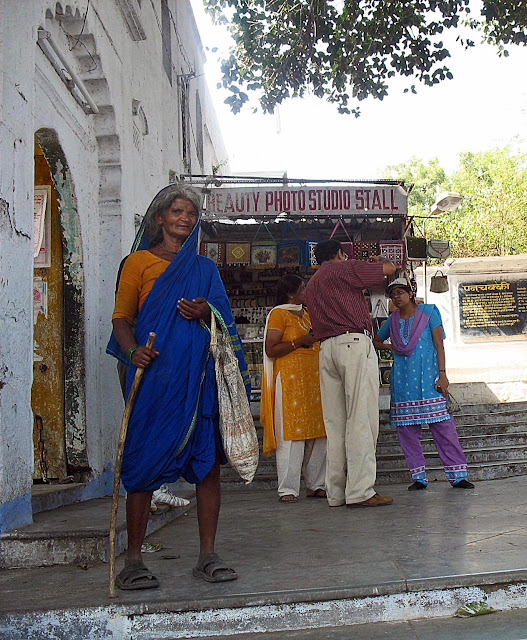 This old woman in a pink shawl was begging for alms outside MacDonald's, a fast-food restaurant near the Mumbai-Pune Expressway. She was squinting at us from behind her thick spectacles and had a slightly puzzled expression on her face. 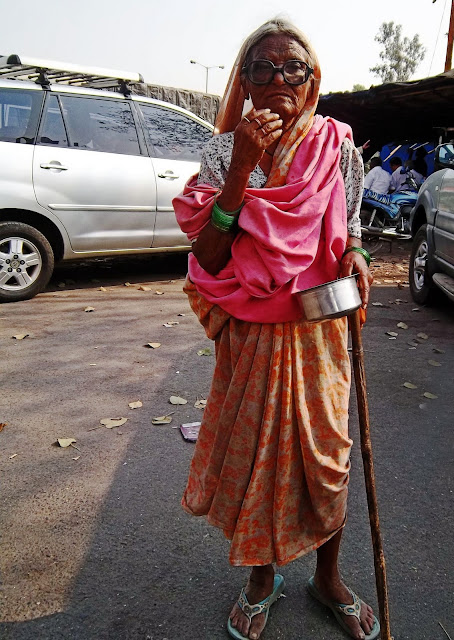 This is a close-up of the same woman. Her leathery and wrinkled face did not show any emotion as I took her picture. 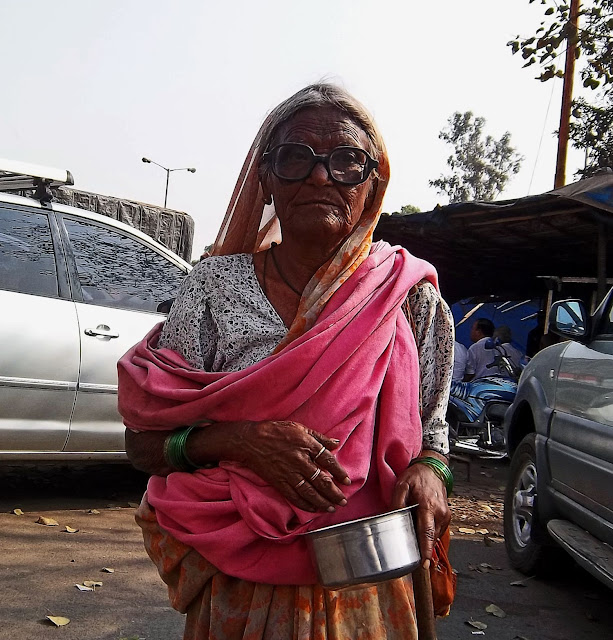 A destitute woman eating roti on the streets of Puducherry in Tamil Nadu. 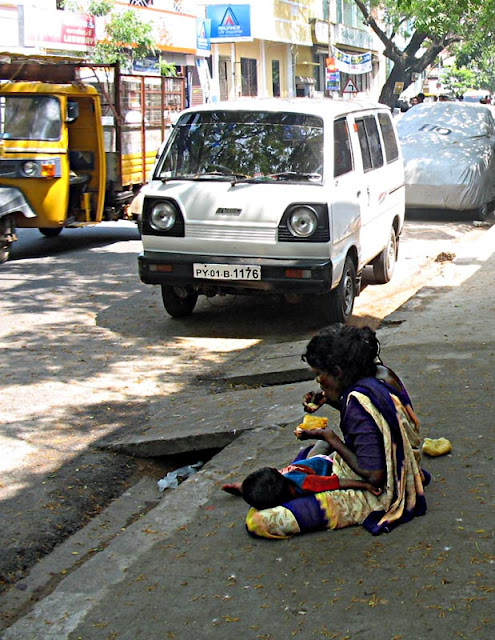 This elderly woman was on a suburban railway station bridge begging for alms. A one rupee coin is in the tin in front of her. In the background is a two-wheeler parking lot. The woman had a cynical and mistrustful expression on her face although she did not object to me taking the photo. 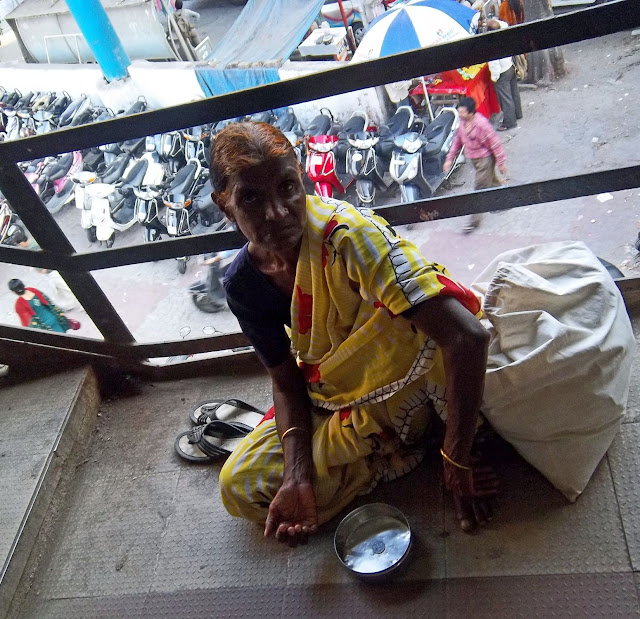