Here are some photographs of Howrah bridge or Rabindra Setu, over the river Hooghly in Kolkata.  The bridge is an icon of Kolkata and links the city of Howrah to Kolkata. It is a cantilever bridge completed in 1943, at the tail end of British Rule in India, by an English company.

In this image the Howrah Bridge can be seen from the side with the sky as the background and the Hooghly river as the foreground. A few boats/schooners can be seen under and around the bridge. 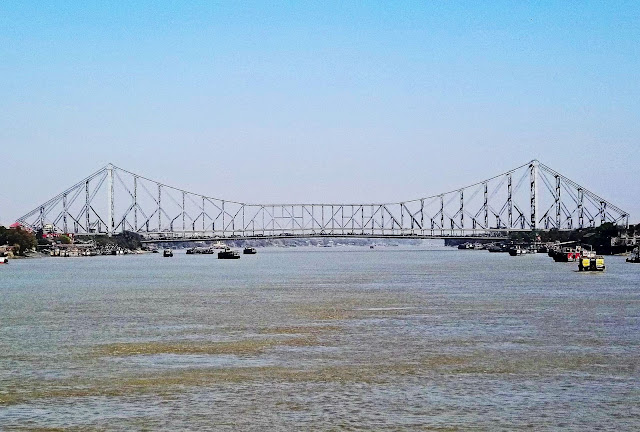 This depicts the bridge from a slight angle. A large schooner can be glimpsed to the right of the picture. 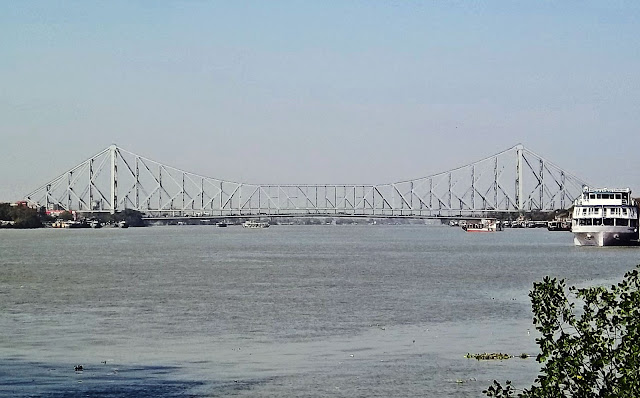 This picture was taken in the evening, and the sky looks pink. The Howrah bridge is in the centre of the image and the river Hooghly forms the foreground of the image. A small canoe can be seen on the river. Another clear image of the Howrah Bridge over the river Hooghly. 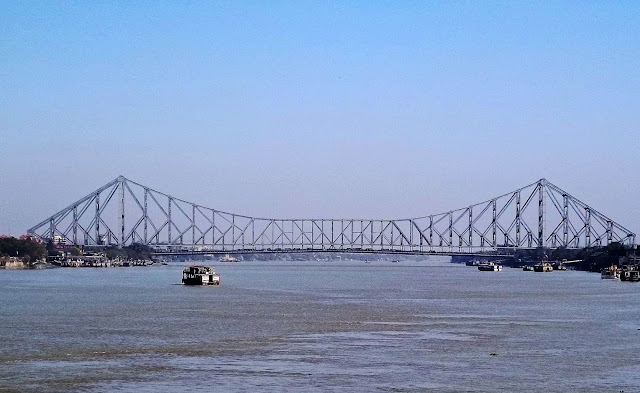 Here is a sketch of the old Hooghly bridge and the river with a boat and canoes. 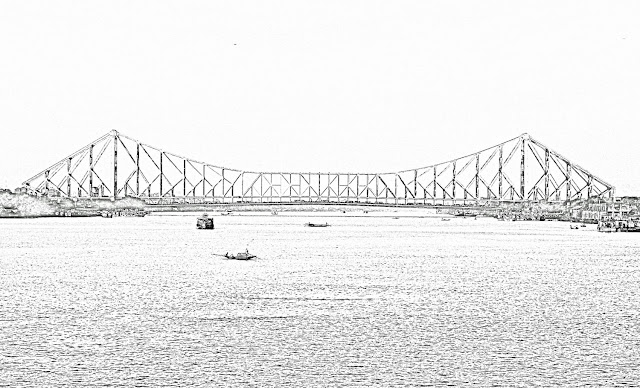 Related Pictures: Canoes on the river Hooghly or for photos of the new Howrah bridge try this post: Vidyasagar Setu or the second Hoogly bridge
For photos of the Mumbai Sealink: Bandra Worli Sea-Link Mumbai photos, sketch, silhouette and painting.