Here are some photographs of fallen buildings. These buildings did not fall down on their own, but were demolished by builders so that they could put up new buildings. These pictures are from Sadashiv Peth in Pune, where a lot of old buildings are giving way for spanking new ones.

This photograph shows the contrast between a demolished building, the older building standing behind it and the bright newly painted kiosk selling cigarettes and paan carrying on its business despite the dismaying surroundings. 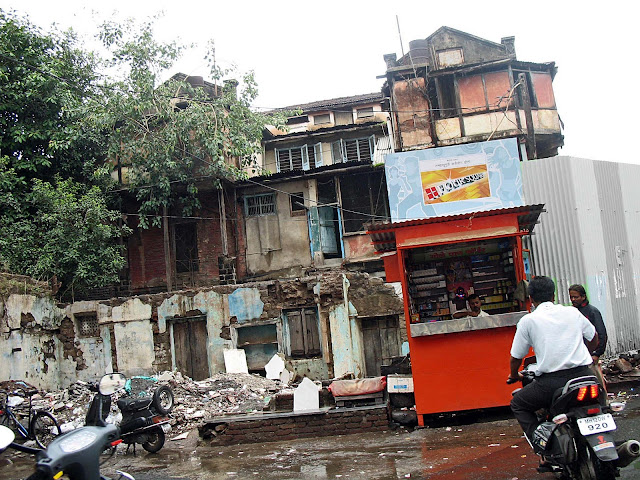 This is a part of a fallen building in another city area in Pune. 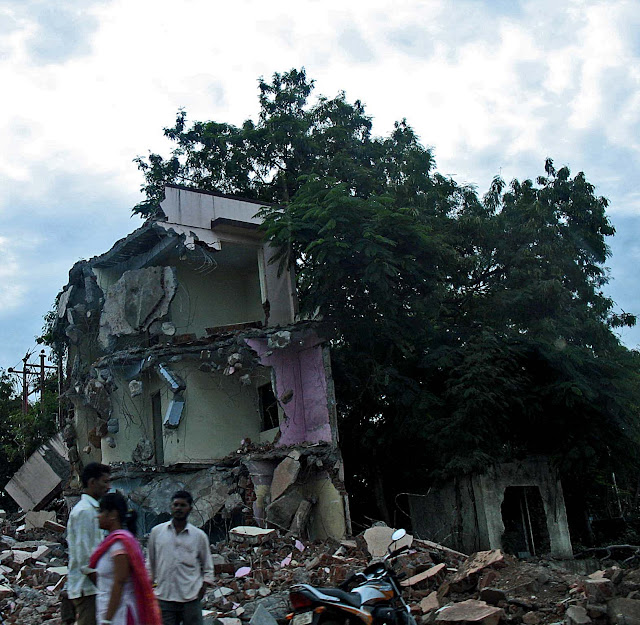 Here there is almost nothing left of the old building. The empty plot looks quite desolate. Taken near Laxmi road, Pune. 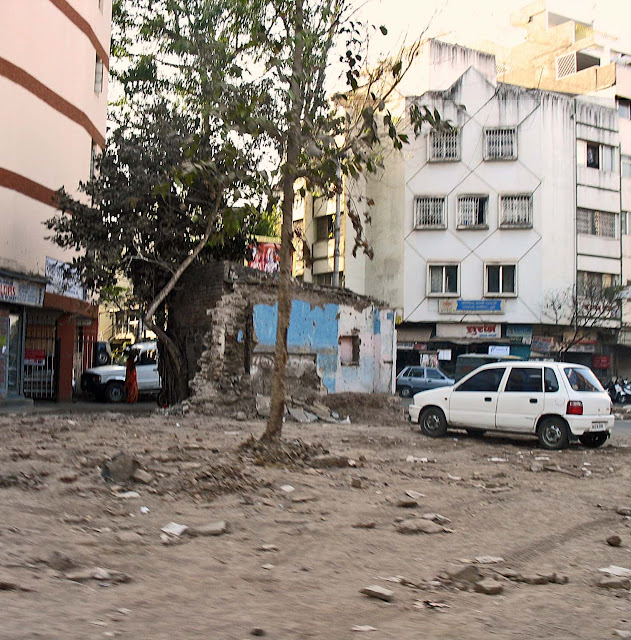 This building is being demolished in stages. As can be seen from the brick work, the state of the buildings is quite bad. Some of these buildings are over a hundred years old. The picture was taken near Laxmi road in Pune. 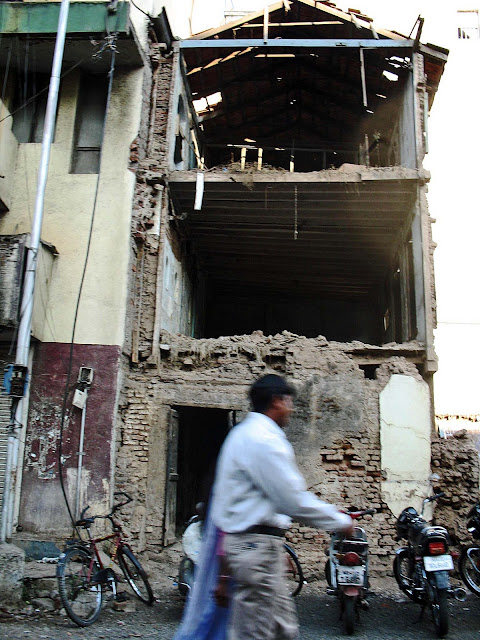