Airport tarmac and aircraft on runaway

These are photos of airports from the inside. The airport tarmac, runaways, utility vehicles, jetty bridges, aeroplanes as well as people working there are visible in the photos. The pics were shot at different airports - Chennai, Bangkok and Hyderabad. All were taken from inside the aircraft, through the window. 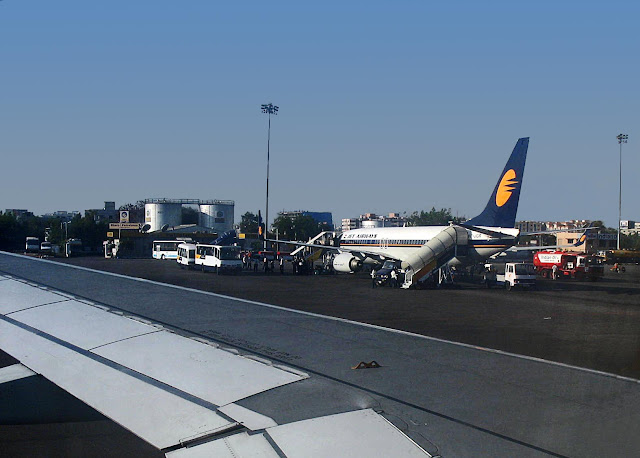 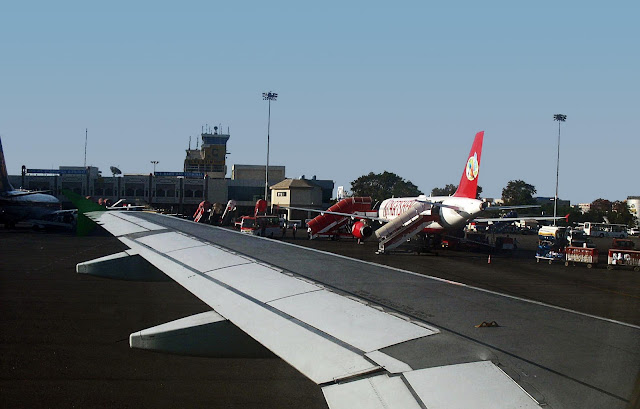 This is a close up of some of the buildings at the airport. An airplane hangar, several airplane boarding staircases and some parked airport buses can be seen. 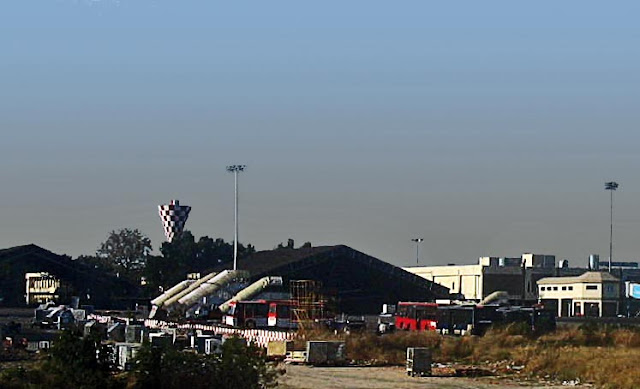 In this photo you can see an aerobridge attached to a Jet Airways airplane. This is an enclosed movable tunnel-like structure leading from the airport terminal building to the inside of an airplane. Passengers can board the aircraft directly, without going outside. This tunnel or passage is also called a jetway, loading bridge, airbridge, air jetty, passenger walkway or passenger loading bridge. 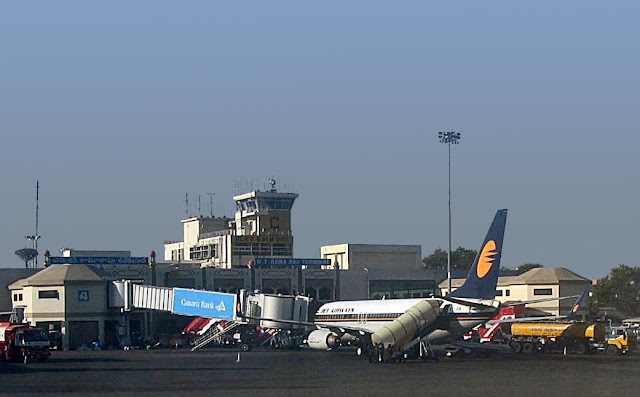 This is the tarmac of Hyderabad's new airport. Some Air India planes can be seen on the tarmac. The photograph was shot at dusk from an airplane window. 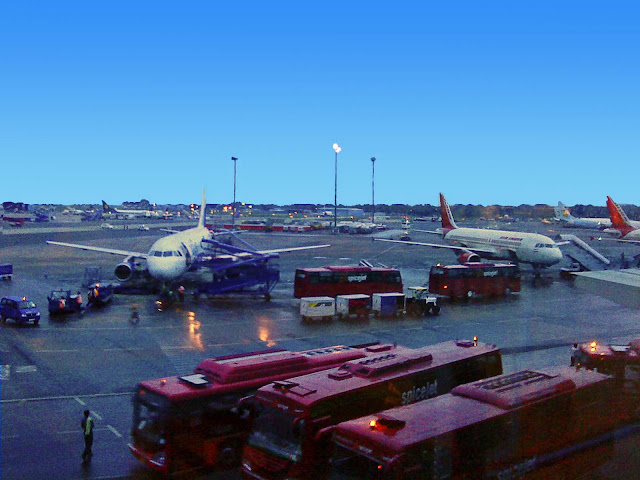 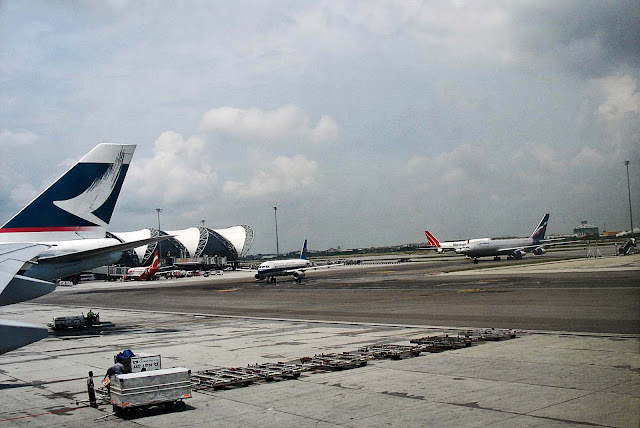 This picture was shot from the aircraft window as the plane was landing Bangkok. You can see the parts of the machinery underneath the wing exposed. These flaps usually open up when the plane is landing to reduce the speed of the aircraft. 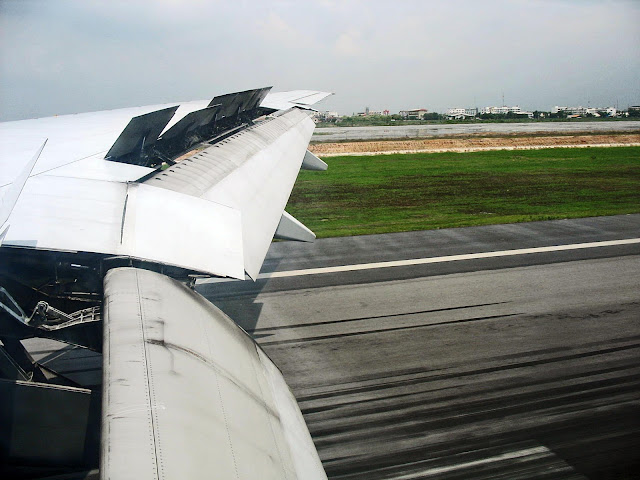 Or Airport Baggage carousel or Closeups of airplanes or Airport tarmac and aircraft on runaway or Aircraft boarding staircase or Airstair with people boarding
For images of the interior of an aircraft: Inside of an Aeroplane or inside of an airport: Airport Lounge with people waiting
or for a view from a plane Clouds as seen from an airplane