Red Fort at Agra or the Agra Fort - Photographs

Here are some pictures of the Agra Fort, also called the Red Fort at Agra. The fort is more than a thousand years old and is an UNESCO World Heritage site, located near the Taj Mahal. The fort is massive, almost like a walled city. These photos capture parts of the fort, both interior and exterior, showing the architectural style used.  It's significance in Indian history is considerable because the Mughal kings like Humayun, Akbar, Jehangir, Shah Jahan and Aurangzeb lived here, this was the seat of their governance. It used to host the state treasury and mint.

This photograph shows the majestic towers at one of the entry points of the Red Fort in Agra. Note the carved and sculpted pillars. At the top are the look-out towers. 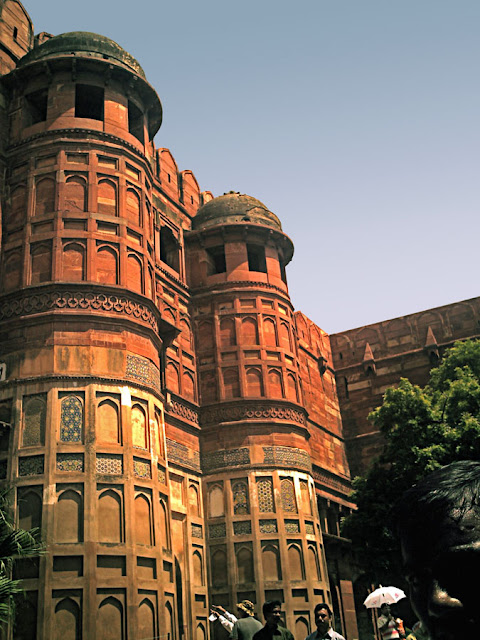 This picture shows the series of doorways at the fort. 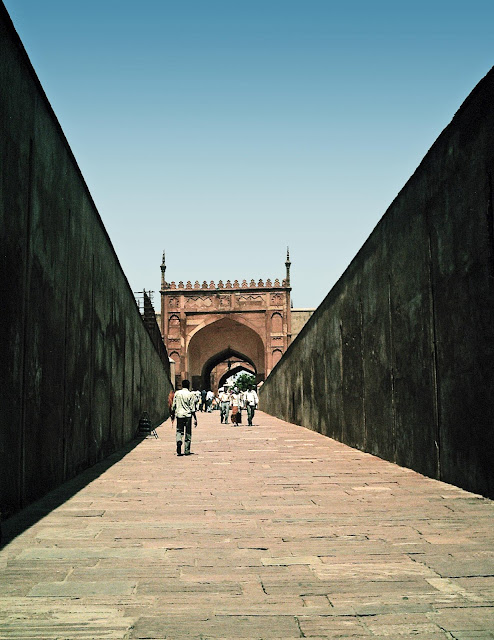 This is part of the fort which is in ruins. 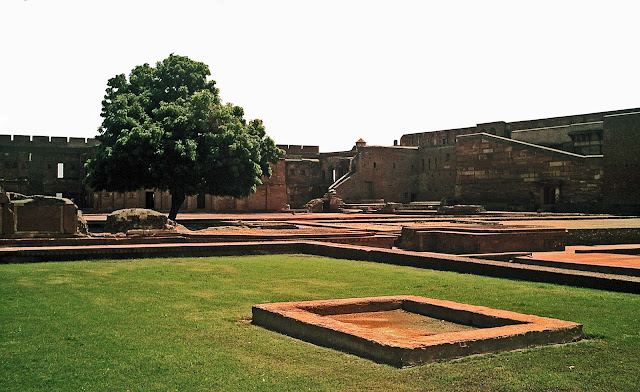 This offers a view of the spectacular semi-circular fort exhibiting the Mughal style of architecture. 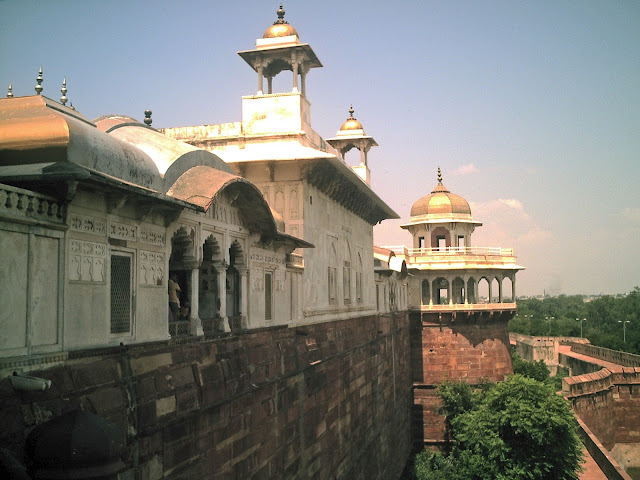 This photograph shows the view of the Taj Mahal. 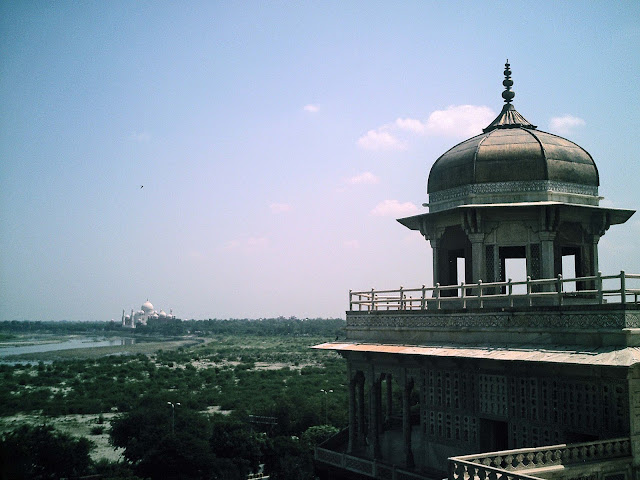 These are some of the various pillars, domes and verandahs at the Agra Fort. 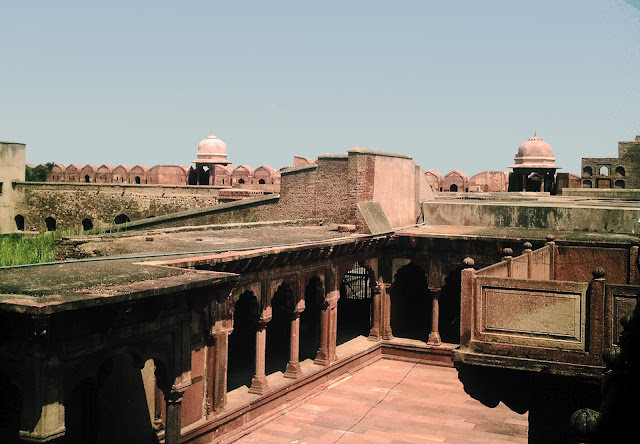 Here is the pillared hall, typical of the architecture of the time. 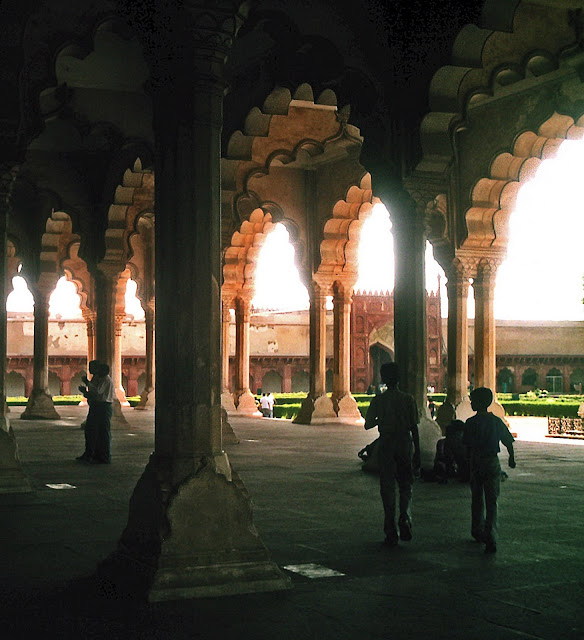 One of the various masjids in the walled fort. 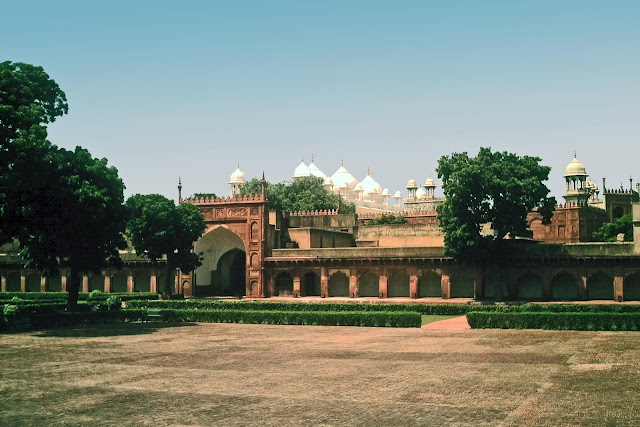 Photos of another ancient Fort in India: Daulatabad Fort near Aurangabad
Or try the label  "Monuments" for ancient monuments from India and the world.

More related Images: The Taj Mahal at Agra or Designs and patterns from Taj Mahal interiors