India has the dubious distinction of the maximum road accidents or traffic collisions in the world. A National Crime Records Bureau (NCRB) report statistics revealed that annually more than 140,000 deaths from road accidents occur in India - these are 2012 figures.

The World Health Organization (WHO) has reported that the major cause of traffic collisions is speeding. However, there is no ban on irresponsible advertising encouraging recklessness. 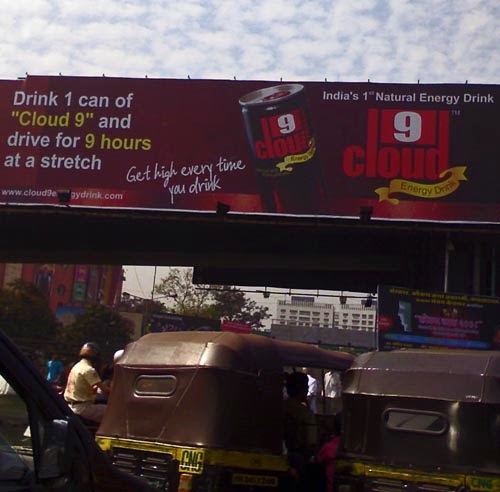 At least the Tatas are responsible. I had complained about this hoarding to Ratan Tata and the hoarding was immediately removed. Usually the advertising agencies alongwith ignorant advertising managers in companies create such advertisements. 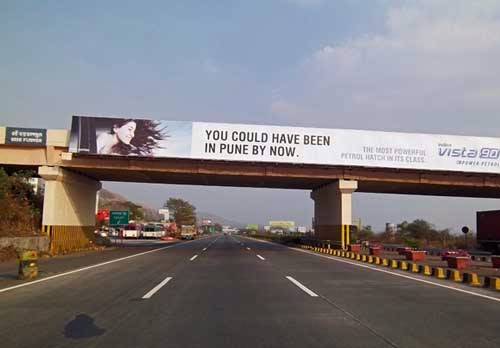 Related Images:  Accidents scenes - overturned and smashed vehicles photos
More: Taxis and auto rickshaws crammed with people or Crowded and overflowing public transport or check out all images under the labels of Traffic or Transport