The Temple of Kom Ombo was built during the Ptolemaic dynasty in the town of Kom Ombo in Egypt and construction started in 180 BC. It is on the banks of the river Nile. After that there was additional construction during the Roman period. The temple consists of courts and halls. It is a "double" temple in the sense that it is two temples in one - for two different dieties - The crocodile god Sobek (God of Fertility) the Falcon god Haroeris. At one time in its history Egyptian Christians (Copts) sacked the temple and used it as a church. In 1893 the temple was restored by a French geologist and archaeologist - Jacques de Morgan.

Here is a view of the Kom Ombo Temple from the side. 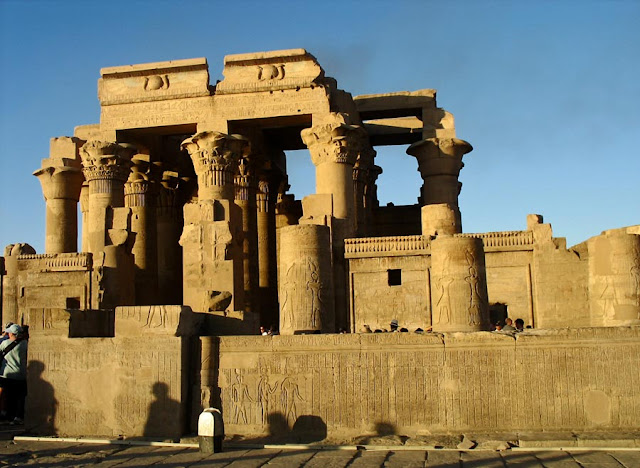 A spectacular view of the Nile in the foreground with the tourist ships which stop at Kom Ombo. The temple can be seen in the background. 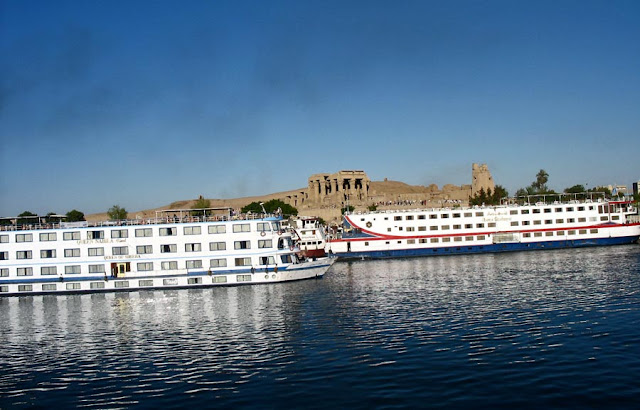 An Egyptian local man sitting quietly, leaning against the carved pillar of this ancient temple. 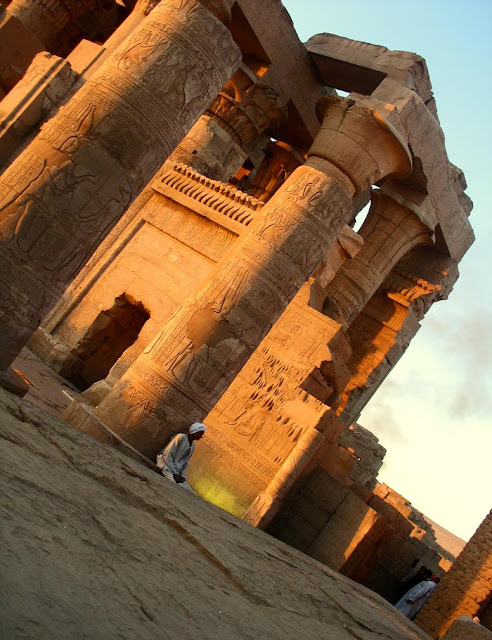 A flood of tourists entering the Kom Ombo Temple 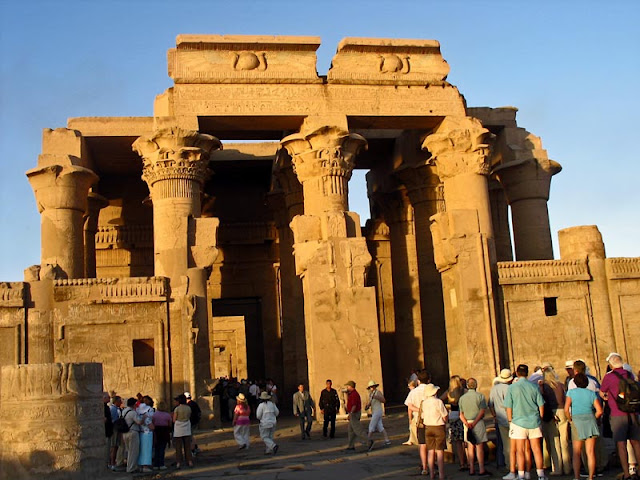 More photos of Egyptian Temples: Karnak Temple and Pillar Designs or Temple and statues of Queen Hatshepsut of Egypt or Edfu Temple in Egypt
You might also like pictures of The River Nile
Or try the label "Monuments" for photographs of monuments from different parts of the world including the pyramids, or for all posts on Egypt.