This is a photograph of a Tingatinga painting I picked up on the streets of Dar-es-Salaam, Tanzania. As Dar is the place where this style of painting orginated, I am sure it is genuine Tingatinga even it is in a way street art and a simple one. 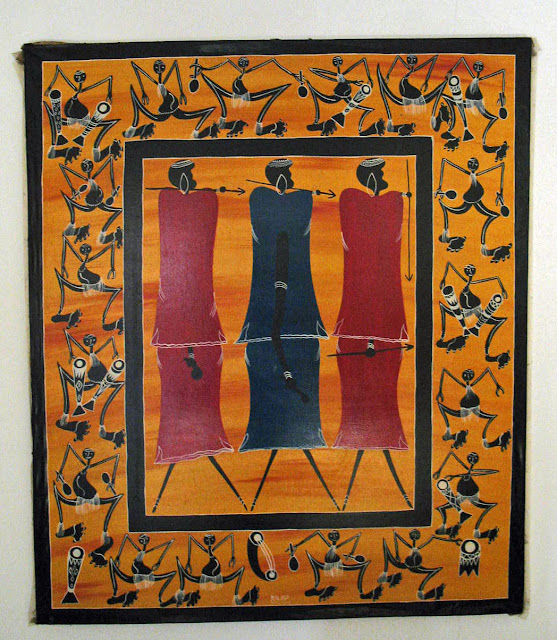 The Tingatinga painting style is named after Edward S. Tingatinga, a Tanzanian. He established this form of art in the sixties. Technically, Tingatinga art is painting on masonite using bicycle paint in bright colours, and traditionally these are supposed to be very large paintings. Nowadays this doesn't hold true, with a lot of miniatures available. The one published here is a fairly large painting around four-five feet in height.

The motifs, patterns and designs are based on East African Swahili culture. This art has influenced modern African art.