Here are some photographs of Cairo city: one of them a photo of the city's skyline, one of a street in Cairo and the other two are shots of the city taken from a moving car.

The first photograph is taken from a hotel balcony and captures the skyline of the city. Well, at least partly. 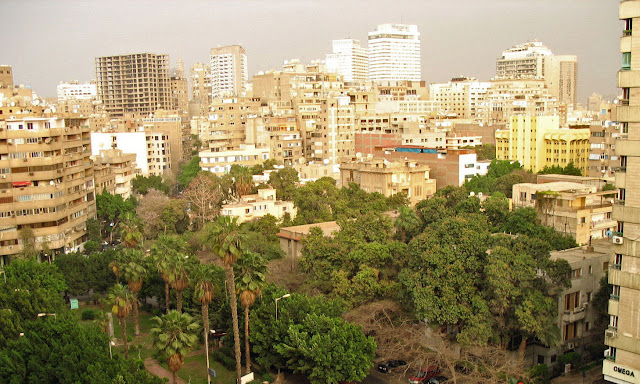 But what is Cairo's skyline without its pyramids? As the pyramids are located a little outside of the city it was not possible to capture the city and the pyramids together. However, I clicked a picture from the city streets (on the way to the pyramids) and this is what I got: A street shot of a pyramid caught between the trunks of two palm trees and a city street in the foreground. 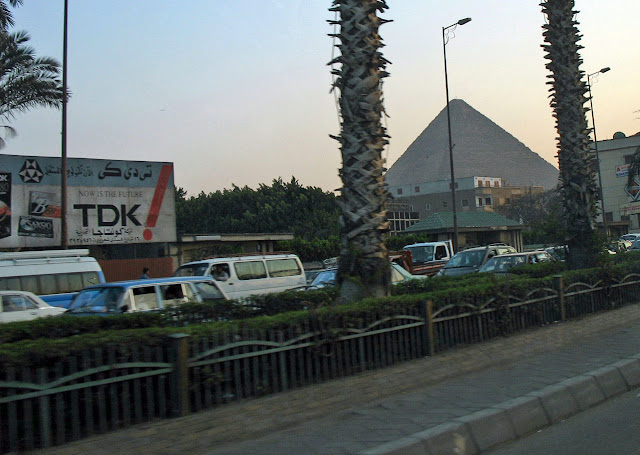 This was a shot taken on the streets of Cairo from a moving car. 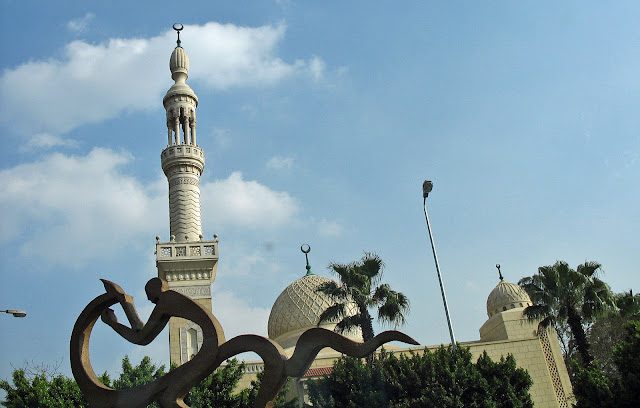 This last photograph is of people walking down a Cairo street. 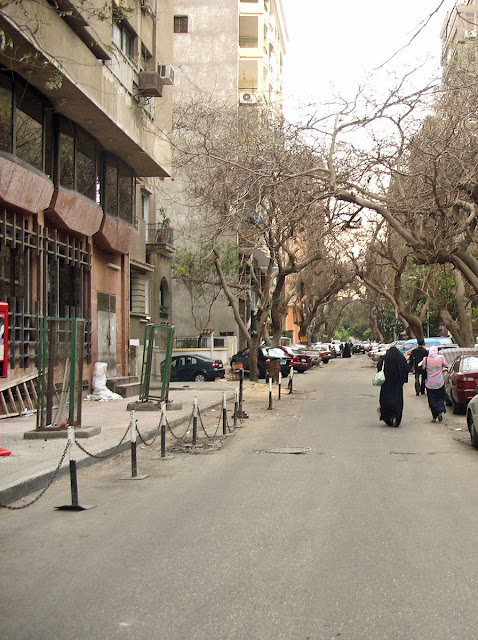 Photos of ancient monuments from Egypt: Three Pyramids of ancient Egypt or Temple and statues of Queen Hatshepsut of Egypt or Karnak Temple and Pillar Designs or The Great Sphinx of Egypt
For more related photos try the label "Egypt"

For a photograph of men smoking hookah in Cairo try this post: Smoking hookah on the streets of Cairo or to know more about Ancient Egypt try this one: Temple and statues of Queen Hatshepsut of Egypt

Nubia lies in South Egypt and here are a few photos: Nubian Village of Egypt