If you thought that only the good guys had their statues made, think again! Charles Shobraj, the notorious half Indian half Vietnamese convicted serial killer has been given the dubious honour of having his likeness sculpted to advertise a restaurant in Goa in which he was once caught by the police. He is known to have committed at least a dozen murders for gain and is known as a cold-blooded killer. He has French citizenship due to the French origin of his step-father.

The two photographs are of the same sculpture, although from different angles. Note the chains on his wrists. As is evident from the photo, he was good-looking and sophisticated, and gave the impression of being a gentleman. 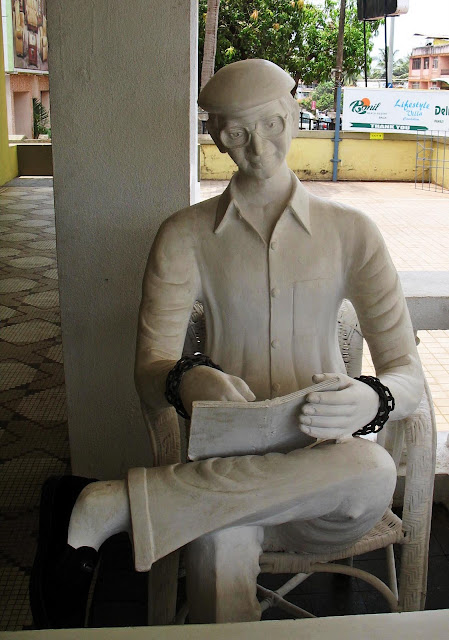 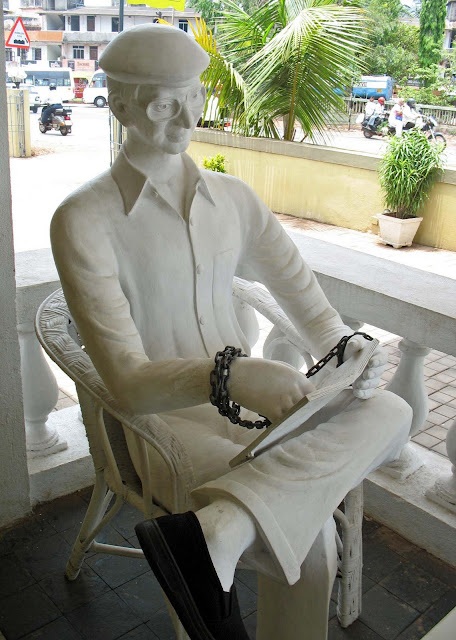