To explain what Lord Shiva represents I am quoting from here:


The frame of the cosmic reality, according to ancient Hindu thought, consists of the three fundamental states called evolution (Shrishthi), existence (sthiti), and involution (samhara) that acts in a cyclic process of infinity. Each one of the forms is controlled by a God, named Brahma (the creator), Vishnu (the preserver) and Siva/Shiva (the destroyer); these three Gods are called the Trinity. Shiva, being the last to complete the cycle from where the new cycle starts, is known as Mahadeo, the Supreme Divinity

Shiva is represented by his symbol, the Shiva Lingam, shown in the picture below.  This Shankar Pindi is from an ancient 18th century temple in Pune. The Shiva Pindi is so old that the black stone from it is carved is now corroded. The flowers are places as offerings. A diya has been lit. Milk is often poured as an offering to the Gods. 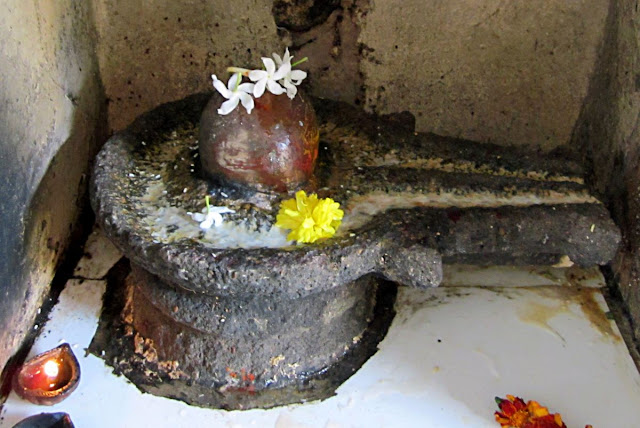 I found this abandoned Shiva Lingam at a river-side. 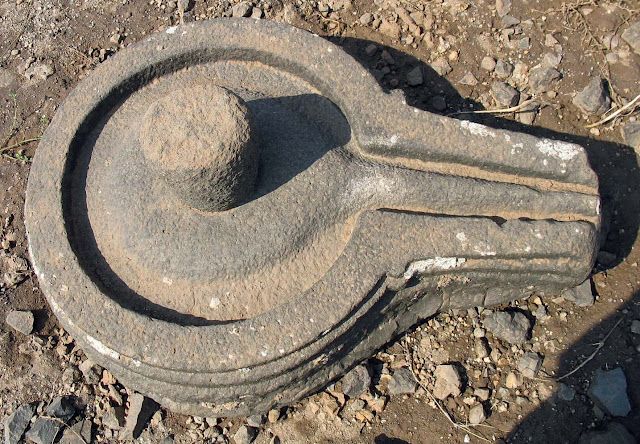 The Shiva Pindi represent creation and is in the shape of the male and female organs. It's not the phallus which is being worshipped, but "creation." The base of the lingam is  female organ which symbolises universal energy, as Shakti, Shiva's spouse. The incredible enigma of creation is an act of love, as symbolised here. People pray to it as shown in the picture below. It was shot inside the inner sanctum of a Shiva temple. 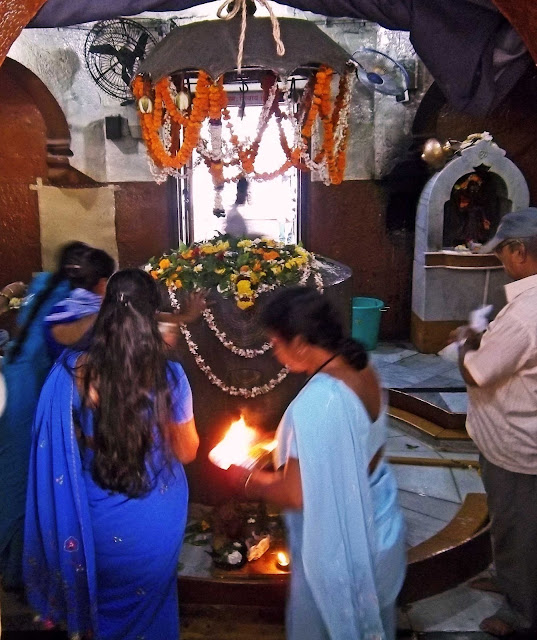 
The iconographic form of the Shiva, the Linga represents the unity of the three states of cosmos (shown in above figure).The Linga consists of the three parts. The first is a square base of three-layers at the bottom showing the three mythical realms (lokas), symbolizing evolution the place of Brahma. The second is an octagonal round form in the middle showing the eight directions, symbolizing existence or perseverance the place of Vishnu; and third is a cylinder at the top with a spherical end, symbolizing involution or completion of the cosmic cycle the place of Shiva.


This last picture is of an incomplete Shiva Pindi. The background is a temple at Mammallapuram, near Chennai, in Tamil Nadu. Clearly the pindi has been added by ignorant devotees much later. Male sans female does not equal to creation. 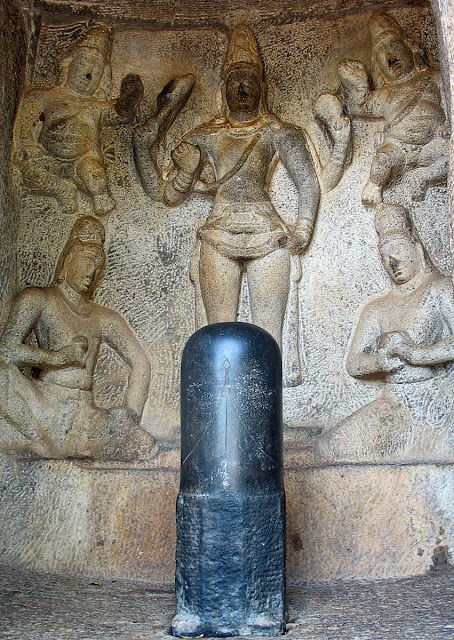 This is another image of the Lord Shiva, a symbolic one. This one is from a Buddhist temple complex in Bangkok, Thailand. This image too does not portray the true Shiva. 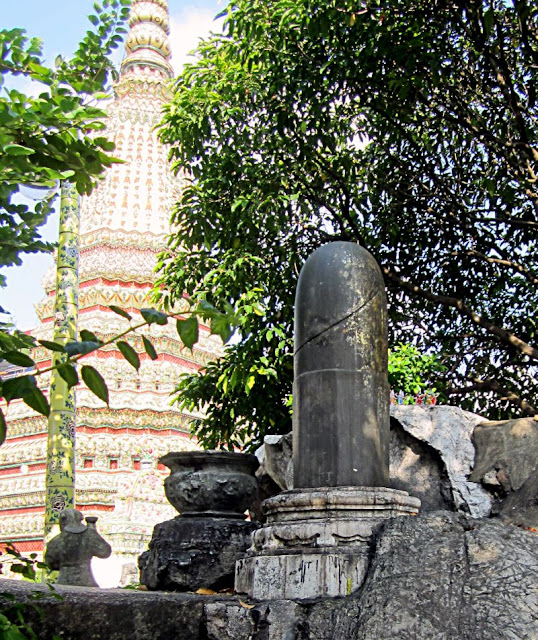 Related Images: Photos of a Hanuman Temple or a Hindu Priest performing a Pooja
Or Temple Silhouettes

For more religious symbols from Hinduism: Swastika graphics from India or Paduka or Guru's feet