The Great Mosque of Xian, China

The Great Mosque of Xi'an, Shaanxi province, China is more than a thousand years old. The uniqueness of the mosque is that its architectural style is Chinese, not Arabic. There are some Arabic inscriptions on the walls, but the main style of the mosque reflects the Chinese culture. It is rare because religions often kill the indigenous culture of the people.

As the first photograph shows, the mosque does not have domes or minarets. The archway is made of wood. 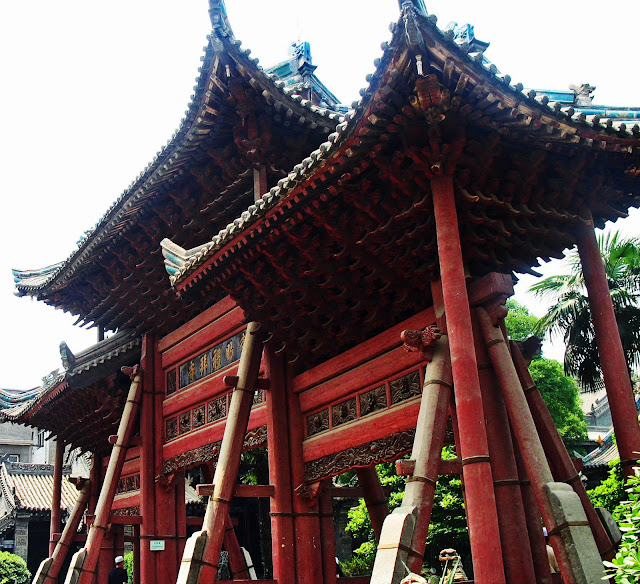 Its a huge mosque, with four courtyards over an area of more than 12,000 square meters. The photograph below also reflects Chinese designs, art and architecture, with Chinese pavilions with their painted beams. 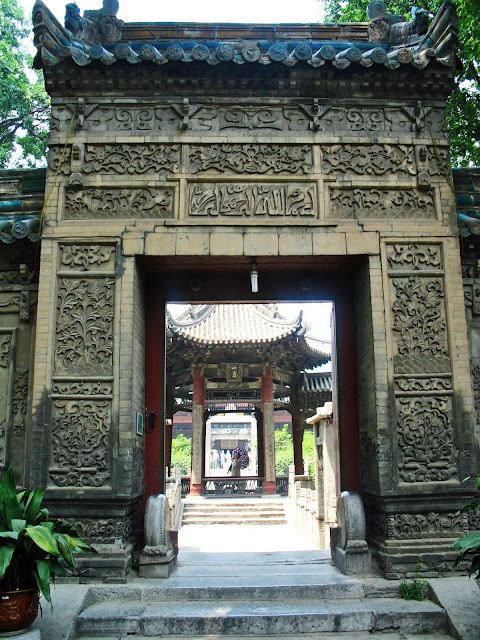 This gives you a close-up of the door-way and the inscriptions in Arabic can be seen clearly. There are designs on the doorway as well. 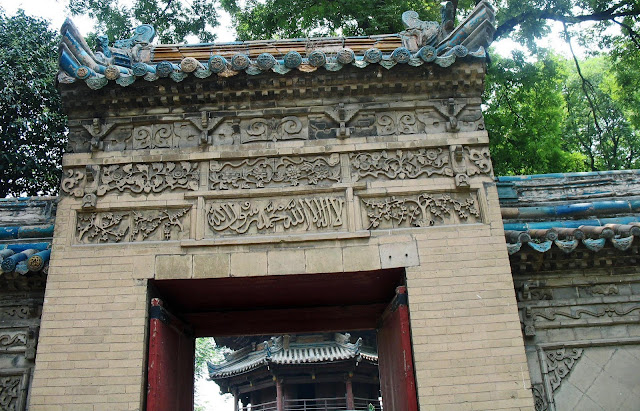 There are doorways within doorways and in the picture below there is a close-up of one of the inscriptions (in gold) in what seems to be Arabic. Some Arabic lettering can be seen on the pillars as well. 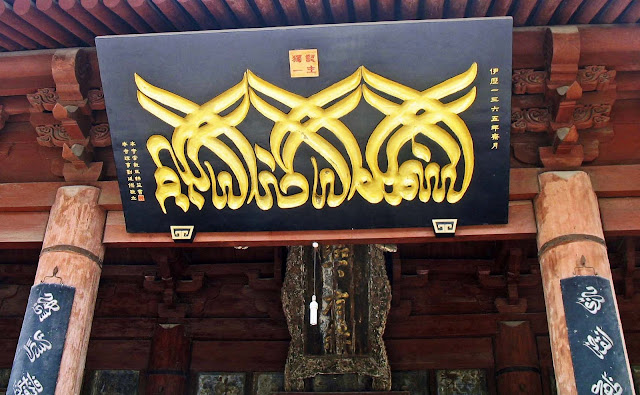 The long decorated window in the image below shows a spectacular design of tiny flowers and petals. Some designs are seen at the top of the long window and also at the bottom. Red and green paint (which seems to be wearing off) can be seen. However, the window has been painted fairly recently. This is common in  many places in China. Ancient buildings and artifacts have been touched up by the Chinese government. This makes it lose its authenticity but it looks good. 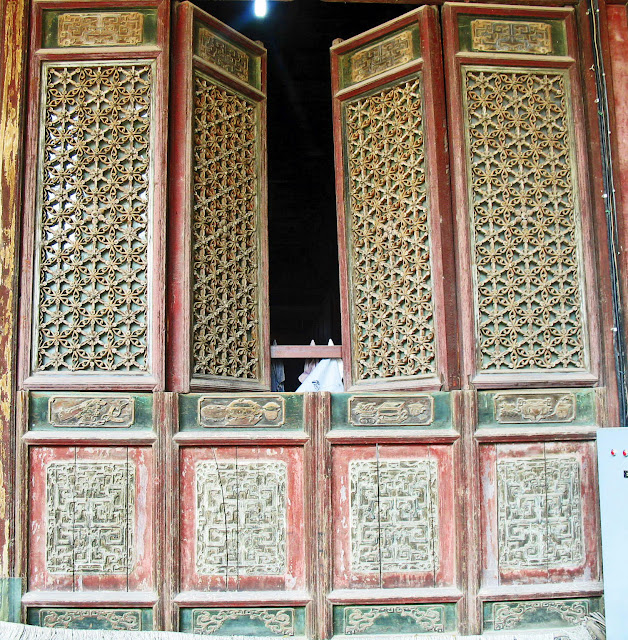 This last photograph is one side of a pillar at the Great Mosque. It appears to be an inscription on a black background. 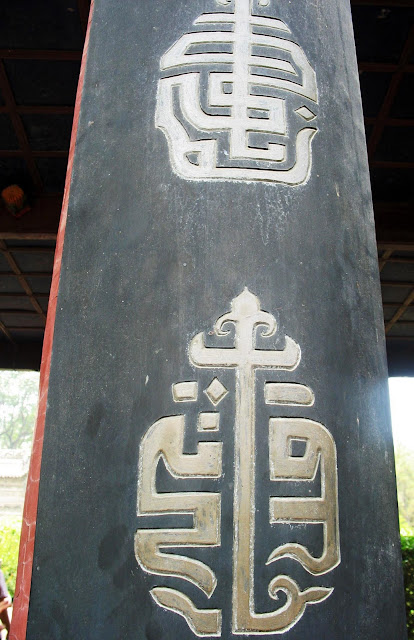