Taj Mahal, one of the wonders of the world, is strikingly beautiful on the inside as it is on the outside. Here are some of the designs and motifs from inside of the Taj Mahal.

Various methods were used to decorate the walls and doors and domes. Paint, stucco, stone inlays, patterned tiles as well as carvings were used. As Islam does not allow human or animal forms, decorative calligraphy and abstract, geometric or plant patterns and motifs were used. The method depended on the surface of the area to be decorated. 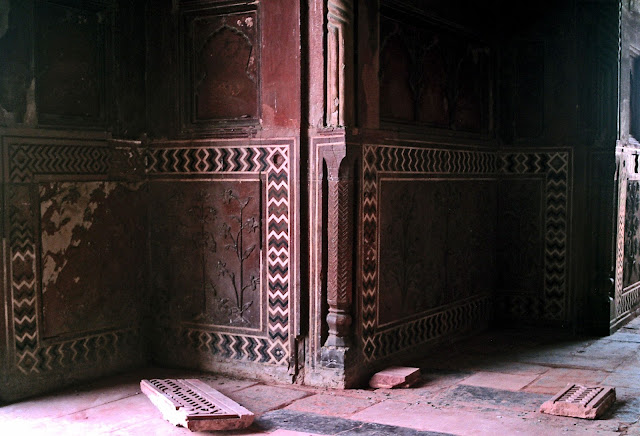 White inlays were used in on red sandstone buildings and dark or black inlays on the white marble backgrounds. At times designs were created using contrasting paints, creating geometric designs. 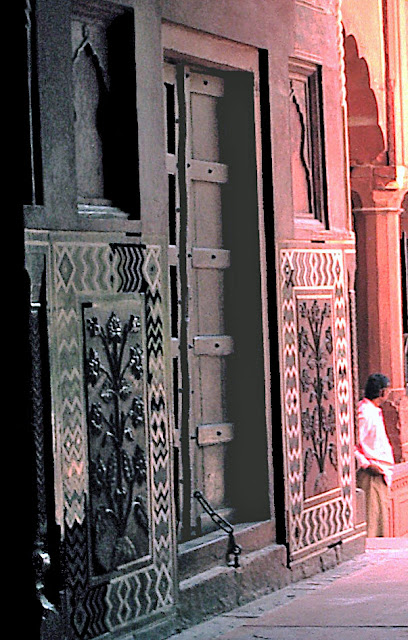 Motifs of plants and flowers were used to create intricate designs above doorways and arches. 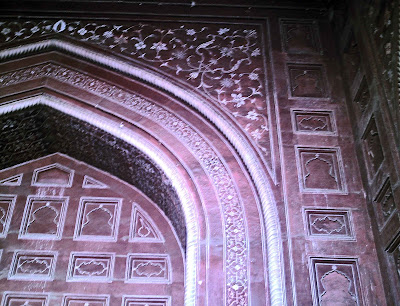 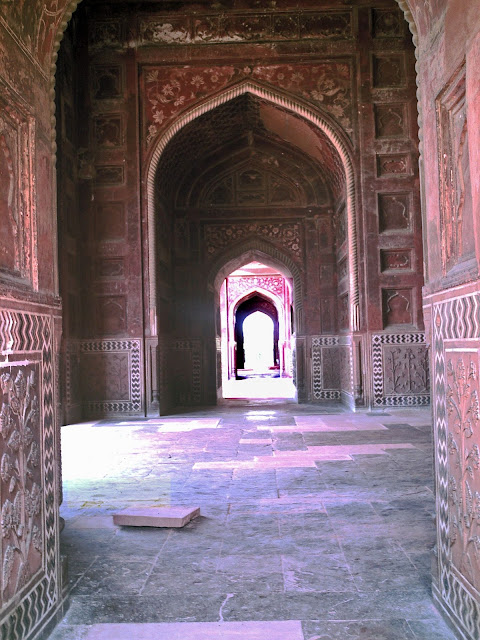 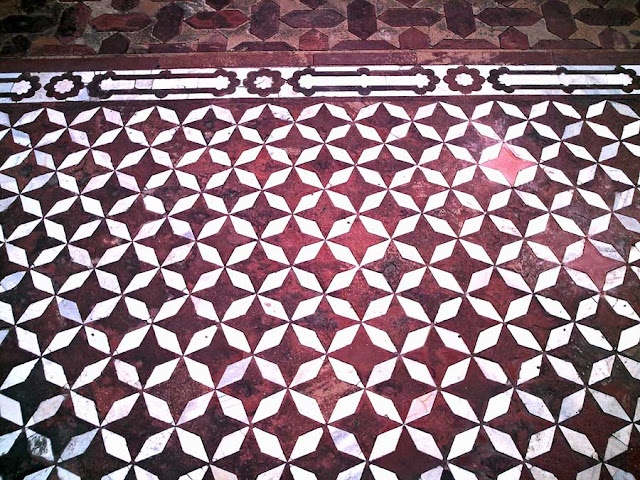 Here is an example of a ceiling of a dome of a sandstone building where the   incised art (cut into the surface) created intricate geometric patterns. 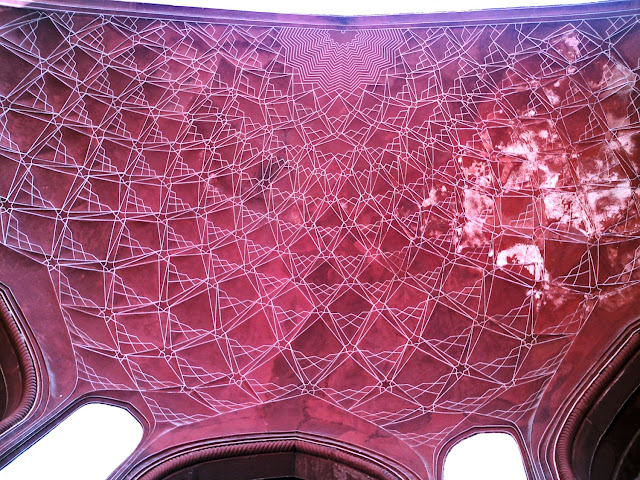 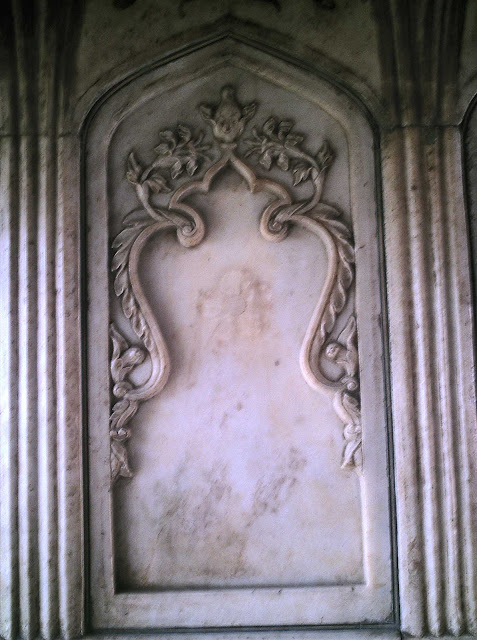 These are the two huge marble doors/windows at the Taj. The photo is taken from the outside. 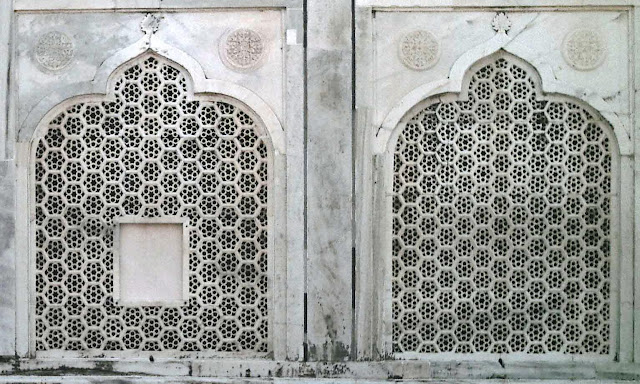 The painstaking work involved becomes clear when one sees the enormity of the Taj Mahal and the various arches, doorways, ceilings and floors which were decorated. 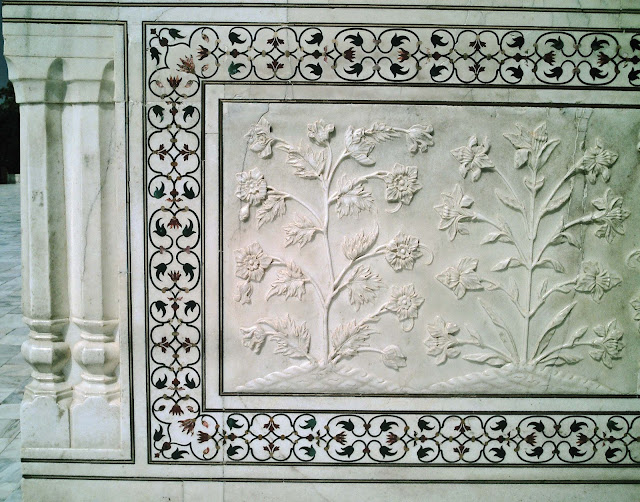 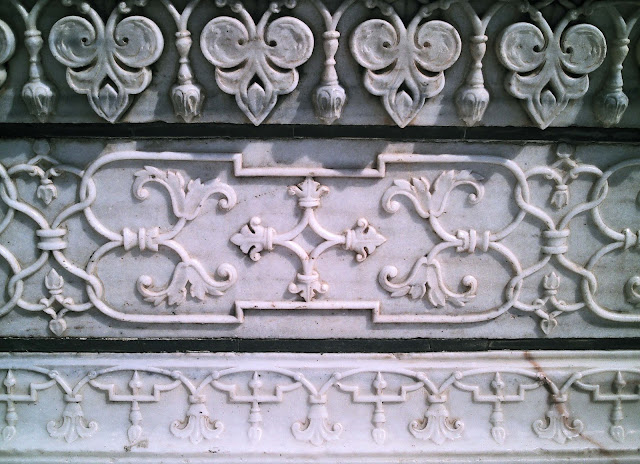 In the pictures below two different designs from different areas have been included in one image.

In the picture below the design on the left is a close-up of the marble design seen in an image above. The dark metallic pattern on the right is part of a doorway. 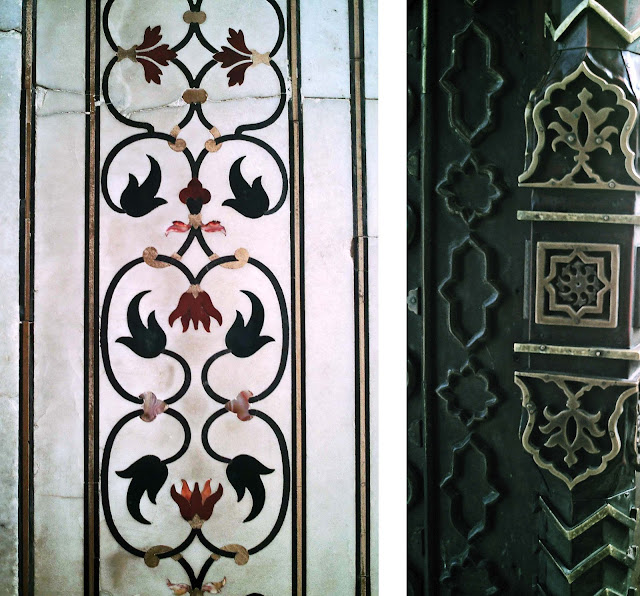 The brown and black design on the left is a close-up of the geometric pattern used to decorate the marble. The sandstone slab on the right shows flowers and leaves with a geometric border on a red background. 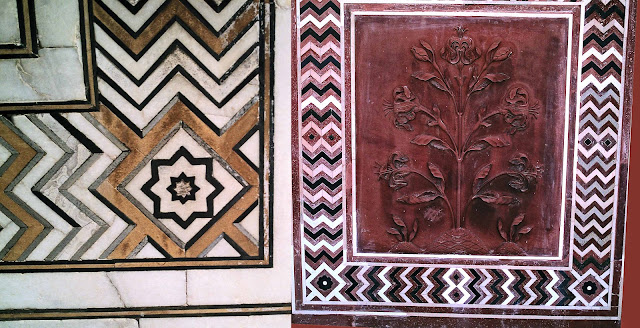 Here again are close-ups of two different designs. The first image is a part of a wall, at the bottom of it, and looks like a high ledge. The image below that  is a marble design on the wall of the Taj. 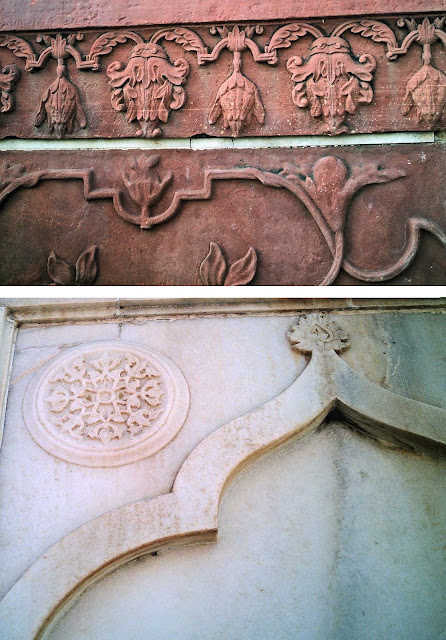 For pictures of the outside/exterior of the Taj Mahal: The Taj Mahal at Agra