These are a few photographs of Tiananmen Square in Beijing, China. This square is the largest city square in the world, but more important it has a historical significance. Many important events have taken place here as it has been used as a meeting place ever since it was made. At one end of it lies the Forbidden City, the palace of the Emperors of China. 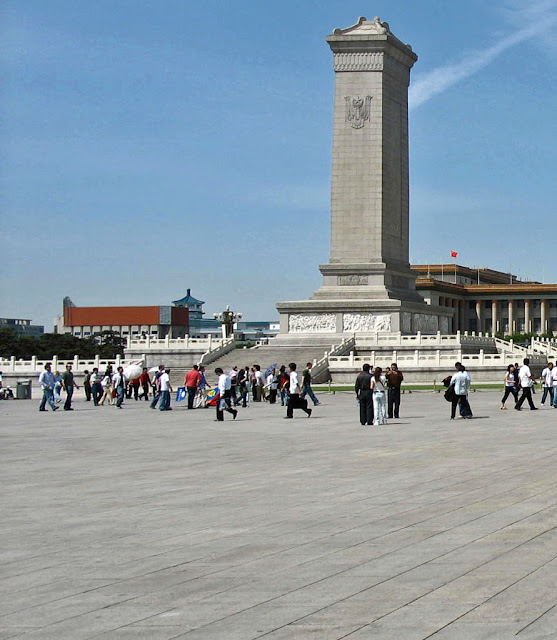 The photo below is a little over exposed, but it's a sharp image. It was clicked with a SLR Canon, not digital. 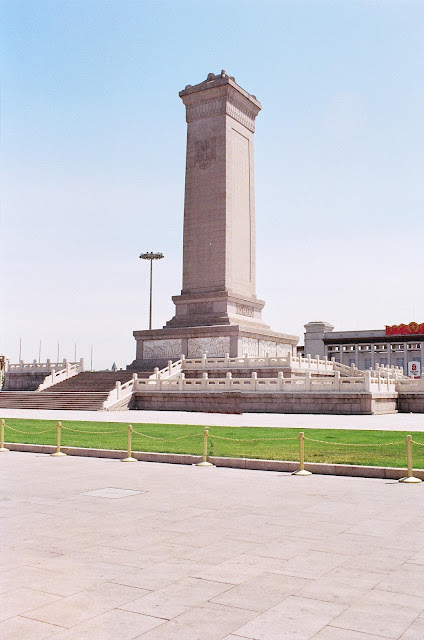 This monument is a tribute the country's heroes. 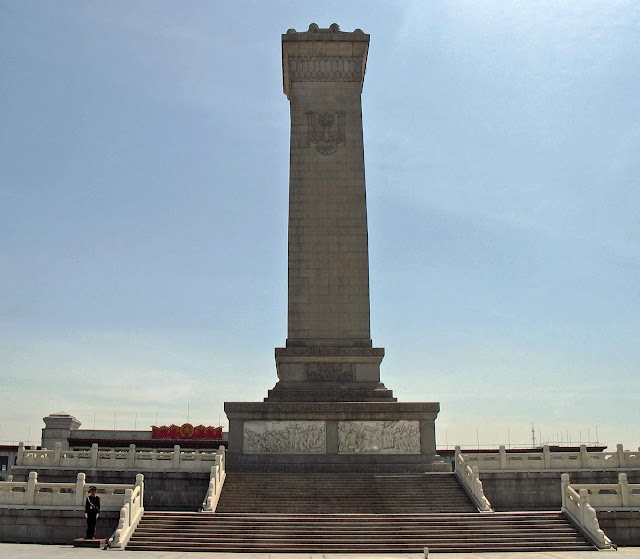 The photo below is of a few policemen who appear to be taking photographs of themselves at Tiananmen Square. As this square is usually swarming with police one is not sure whether they were on duty or not. 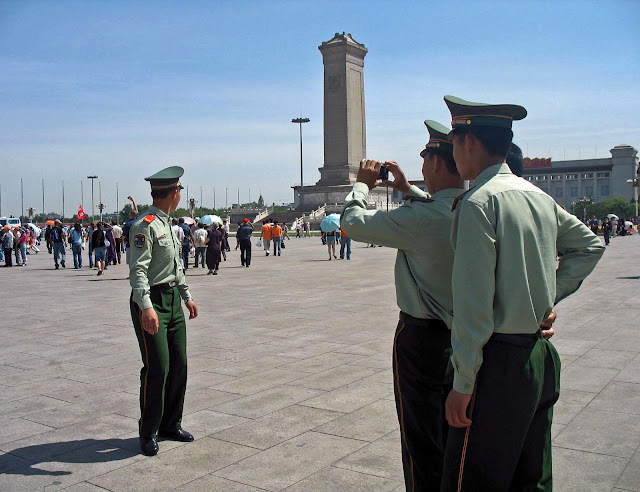 This last photograph is of Tiananmen Square at night. In the daytime the square is packed with tourists and it's difficult to get a clear photo. 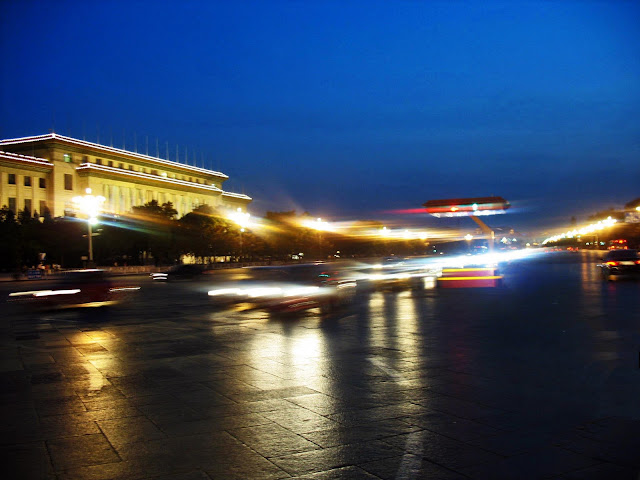 Images of tourist attractions in China: Forbidden City in Beijing, China or or the Xian Dance Opera or The Great Mosque of Xian, China or the Golden Buddha Statue
For pictures of Chinese cities and its people: Beijing Photographs and Skyline or the Streets of Beijing with people, traffic, cyclists, pavements and buildings or Or Shanghai Skyline by day and Shanghai Skyline by night or simply click the label CHINA to see more images of the Chinese people.