Here are some pictures of the streets of London on a normal day and a fair amount of detail can be observed in these pictures. You will see an interesting canvas of people. There are people from different ethnic backgrounds. It is not surprising that non-whites will be in the majority in the coming years.

This first photograph is probably Oxford Street as the underground station sign says "Oxford Circus." This street is famous for its shopping. The building on the left of the picture has a Nokia sign and there is a London bus No. 6 seen on the right of the picture. There is some repair work going on and barricades have been erected, seen in the bottom half of the picture. People can been seen walking on the pavement. 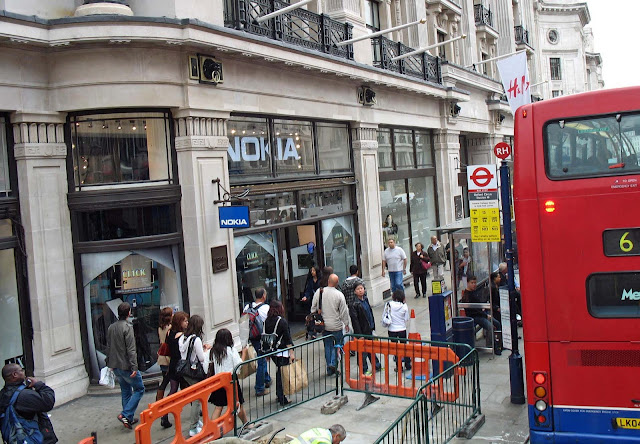 This is Regent Street as etched on the gray building on the left of the picture. The pavements have several smartly dressed people. A London bus as well as a tourist bus are on the right of the image. A post-box can be seen on the sidewalk. 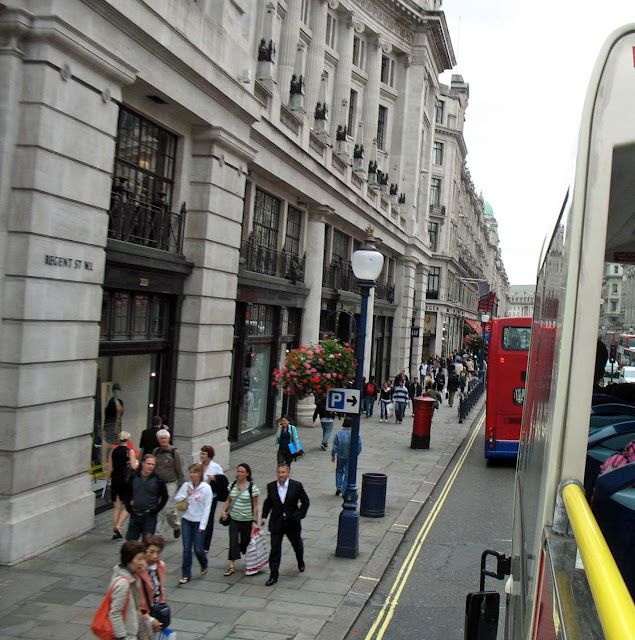 The picture below shows people walking on the broad sidewalk. Shops can been seen on the right side of the picture. The brand Esprit has their showroom here. One is not sure exactly which street this is. 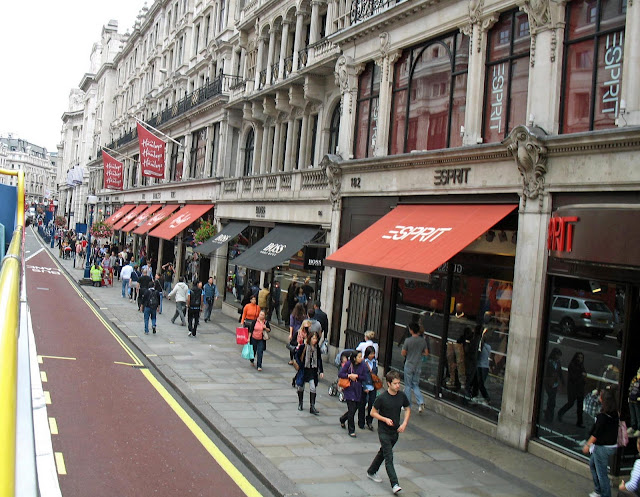 These are crowds of people sitting on the steps of a fountain at Piccadilly Circus. 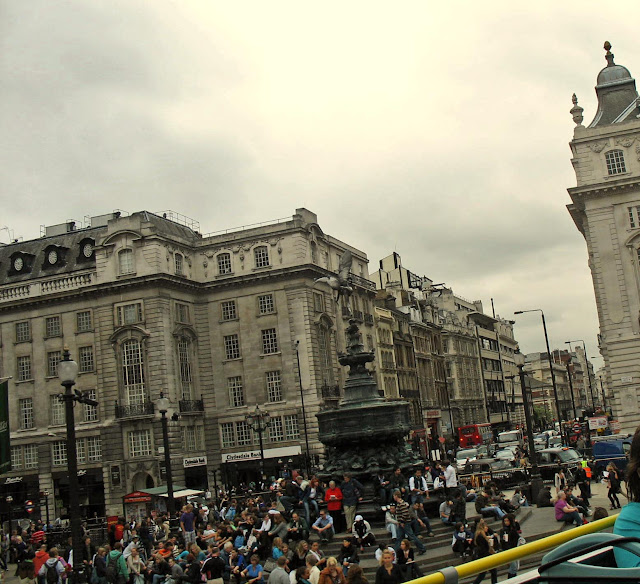 The last photograph takes in the whole street at a crossroads, with buildings on all sides and traffic. The London Eye can been seen in the background and several red London buses are making their way through the busy streets. A London telephone booth can be seen on the bottom right of the picture. 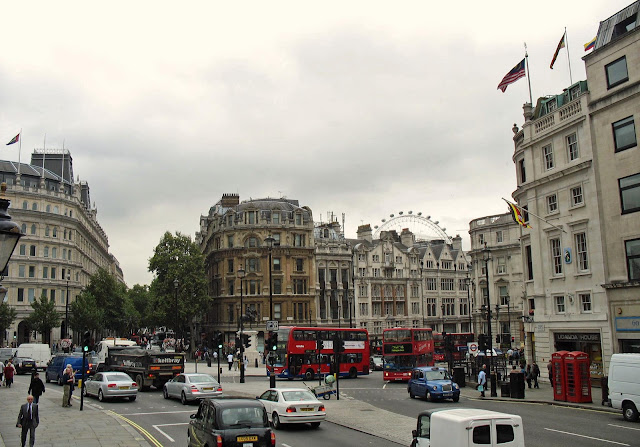 Related Images: Free iconic scenes from London or Musician in the London Metro or Westminster Palace and Big Ben
For more photographs of London monuments and other pictures try the label "London"
More pictures of Britain: The city of Bangor in Wales or Manchester aerial view