There comes a time of the year when the snow starts to melt on the Swiss Alps and these are some photographs of the mountains with the melting snow. What is significant is that the glaciers retreating and thinning. These environmental changes which will impact the climate of the world have taken place over hundreds of years and could create flooding too. More and more of the mountains lie exposed today and earlier in the season.

As it says here on the Swiss government site:


Between 1850 and 1970 alpine glaciers lost at least one third of their surface area and about half their density.

A thin layer of ice and snow covers a steep slope of a Swiss mountain. Tourists walk along a narrow and slippery path in the middle of the mountain. 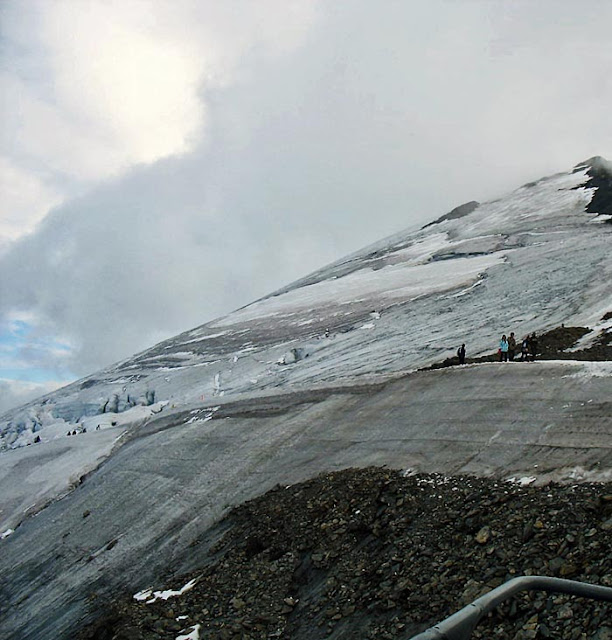 A thin blanket of snow covering a part of a Swiss mountain. 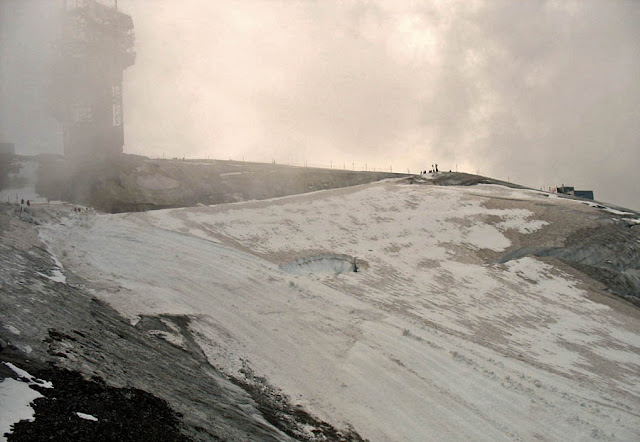 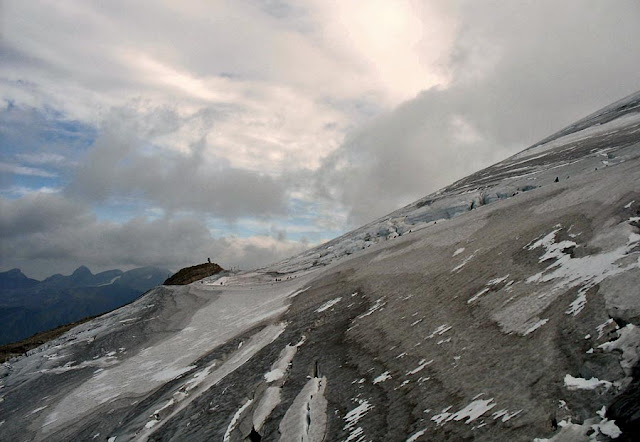 The snow and ice has all but melted on this mountain slope in Switzerland.

Related Images: Panoramic views of the Swiss Alps: Photos taken from Jungfrau, a summit in the Swiss Alps Or breathtaking scenes from Switzerland: Swiss Alps from the air or Lake Lucerne Photos
Or check out all the photographs on Switzerland , including that of people and places.