Photos taken from Jungfrau, a summit in the Swiss Alps

These panoramic views and photographs of the Swiss Alps were taken during a trip to Switzerland in September 2009. They were shot on the way from Interlaken to a summit called Jungfrau, and some where taken from Jungfrau which is the third highest mountain of the Bernese Alps in Switzerland. The place is also popularly known as "Top of Europe." Some of these pictures would make good headers, particularly the last two which are stitched from more than one photo.

The view from this summit is breathtaking. It is one of the most frequented tourist places now and is a World Heritage site. In the photograph below you can see the endlessness of the alps in the distance and a few snow-covered mountain tops. 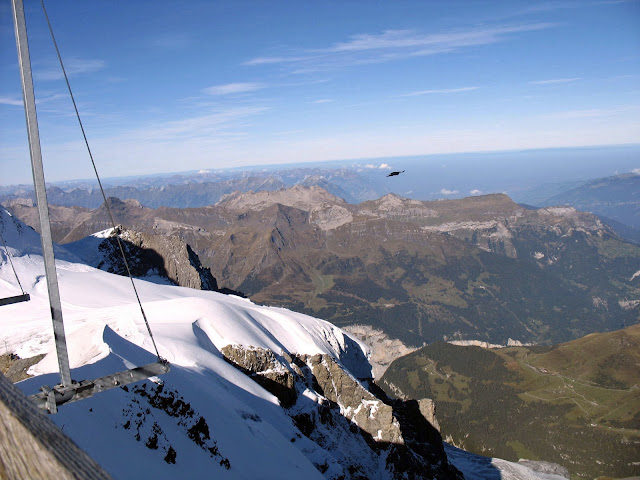 This second photograph was clicked while on the way to the Jungfrau summit by train. There was a stop and a viewing gallery. The picture was taken through glass and several images were stitched into one to give a panoramic view from the gallery of the icy summits of the swiss alps.

The photo below is of a part of the Swiss Alps without any snow. The photo was shot in September, when there is less snow. 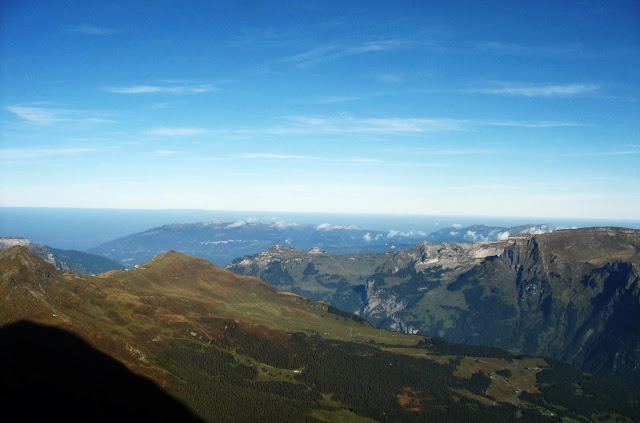 The photograph below is stitched from two pictures of the Alps and gives a panoramic view.

This last panoramic view from the Junfrau gallery (on the way up by train to the summit) can be useful for a header.

Related Images: Swiss Alps from the air or or Ice Palace Switzerland