Serene scenes from the life of rural India

The countryside can be very peaceful, capturing the way time seems to almost stop.

This scene was shot on the banks of Wai river. The hills and the river in the background and crops and cattle in the foreground. The serenity is not just in the leisurely way the cattle is grazing but there is also something about the blueness of the sky which adds to it. 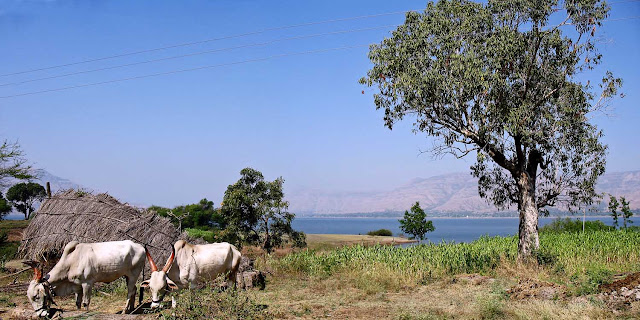 In the day of motorised vehicles, there is something quite charming about a bullock cart slowly making its way up the hill. This scene was shot in the Maharashtra country-side where motor-cycles, vans, cars and buses roaring their way down the country roads are not an unfamiliar sight. 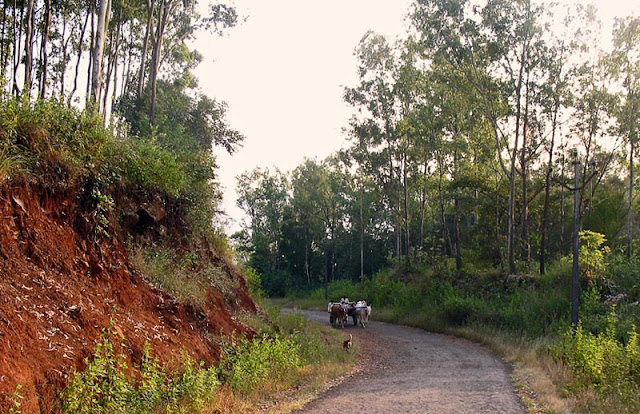 A quiet road in Goa. A well made road disappearing into the distance and a woman making her way down it. The palm and banana trees and the greenery add to the serenity of the scene. 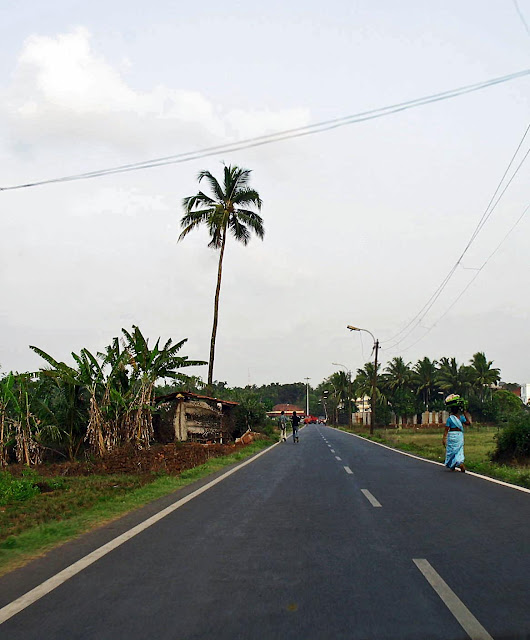 Another man with his bullocks going home after a hard day's work. 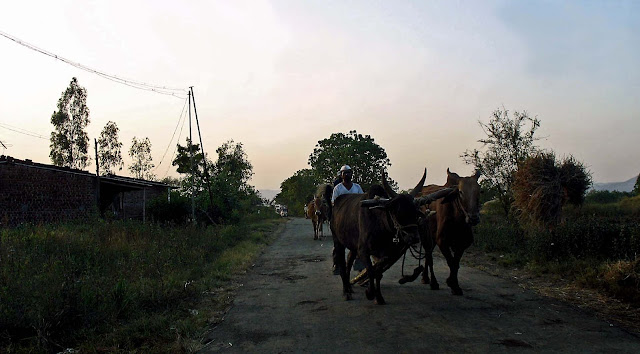 You might also like Nature headers - hilly landscape and a country road or more Nature Headers or all Nature scenes.
Or Cattle grazing in the countryside and A village in Maharashtra and Country Roads in India and Cowherds in Rural India or Rural women carrying water and firewood