The crowns are from the Dingling museum, near Beijing, and were excavated from tombs of dead royals. Royals from th Ming dynasty were buried with their valuables.

This is one of the most spectacularly beautiful and delicate imperial crowns, golden in color, and made from a gold net. It is the Emperor's Dragon Crown. 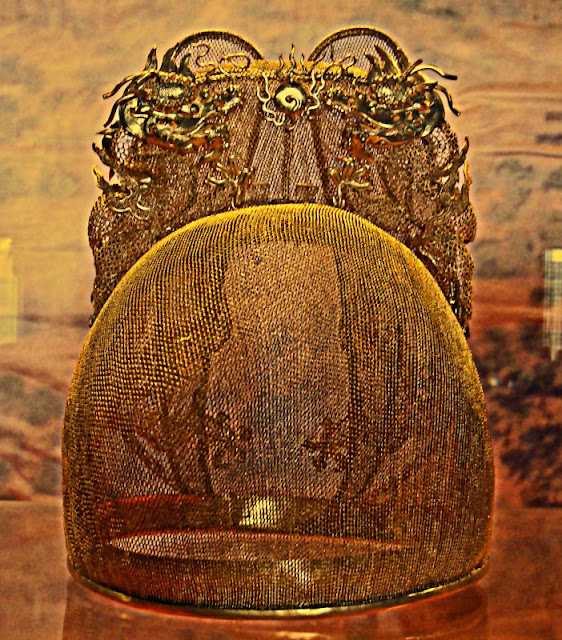 Ornate jeweled crowns were also found in plenty. For example, Phoenix crowns were worn by the Chinese empresses and also other important noblewomen on certain ceremonial occasions. They were like ornamental head-dresses, decorated with designs of dragons, phoenixes, and encrusted with gold, pearls, and precious stones. The designs kept changing according to the fashion and naturally the more the wealth and status of the woman, the more ornate was her crown. In fact it was mandated the number of dragons, phoenixes and pheasants that could be worn by a certain woman. It depended on her status. Blue is an imperial color in China. 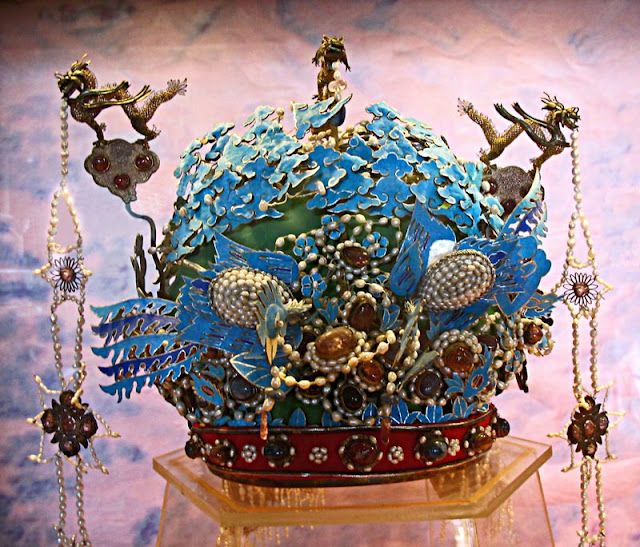 Next to the white crown encrusted with jewels, this was what was written on a plastic plate (shortened version):


The crowns of the Empresses were dug up from Ding Ling. The dragon design is welded by the embossing method, and that is how the hollow shape is made, giving a three-dimensional effect. The design of the phoenix is plastered with a bird's feather. There are pearls and precious stones used for decoration of the crowns. In one of the many crowns there are more than 3500 grains of pearls and more than 150 pieces of precious stones! 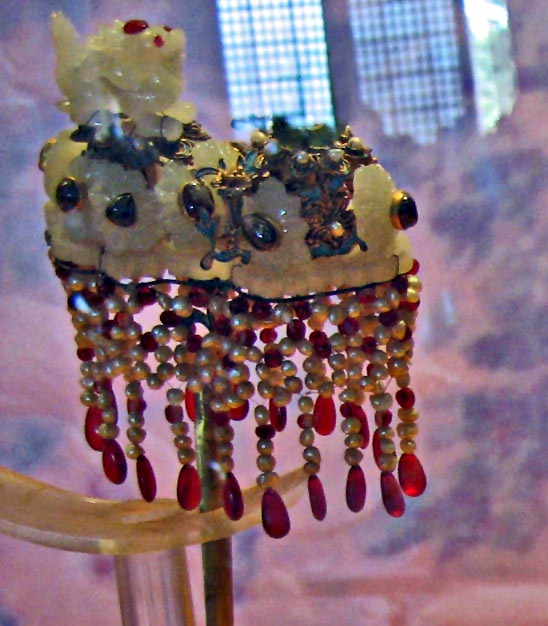