Golkonda or Golconda is an ancient ruin of a city in South India. These photographs are of the Fort at Golkonda which was built by the ruling kings of the Kakatiya dynasty which ruled this area in the twelfth century AD. The Qutub Shahi Dynasty  contributed significantly to refurbishing and re-building the fort in the early sixteenth century. The Golkonda Fort itself is spread over a large area and has a 10 km long outer wall. The place is on the outskirts of where Hyderabad city stands today. Inside the fort you will find the ruins of  bastions and cannons,  gateways and drawbridges, royal apartments, temples and mosques.

The Fort looks like a lost city but these ruins can give you an idea of the massive built-up area of the fort. The outer wall is visible in the picture. 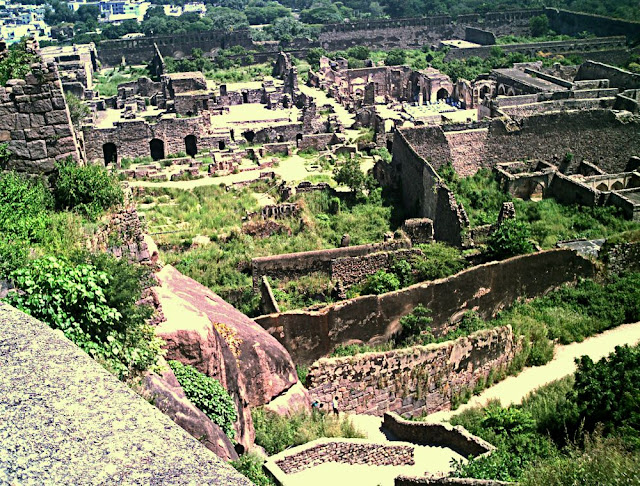 In this photo a part of the fort with its semi-circular bastions is visible. 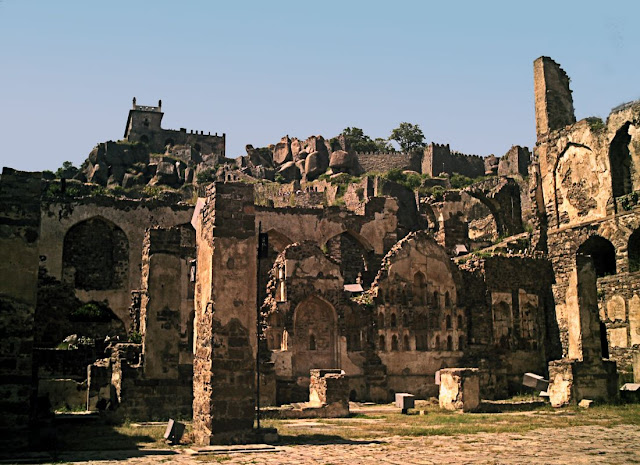 The roof of the various structures is missing and all you can see is the deep blue sky over the ruins of the Golkonda Fort. 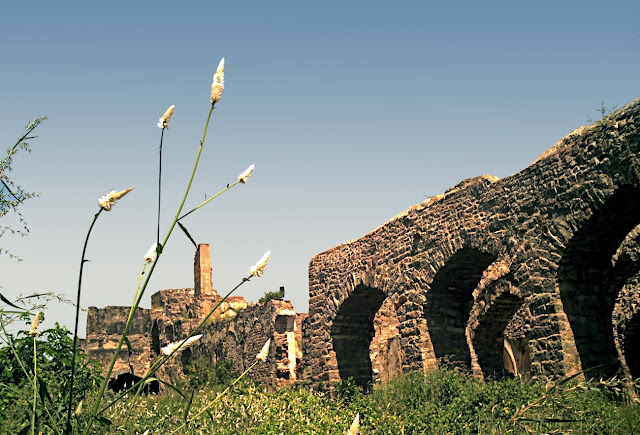 Another view of the walls of the Golkonda Fort 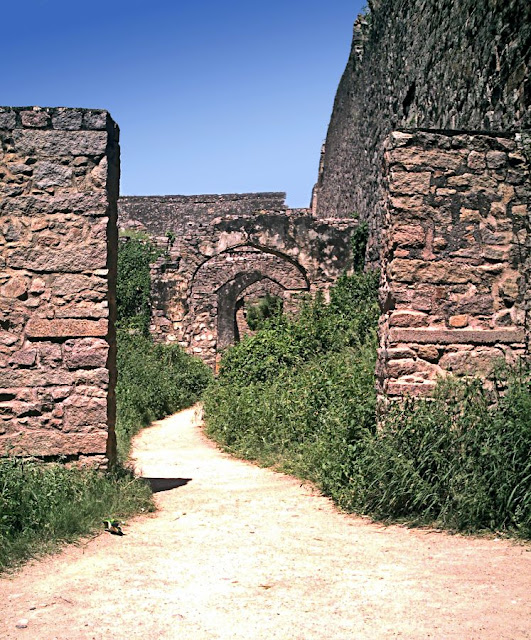 A broad passageway of some type inside the fort. 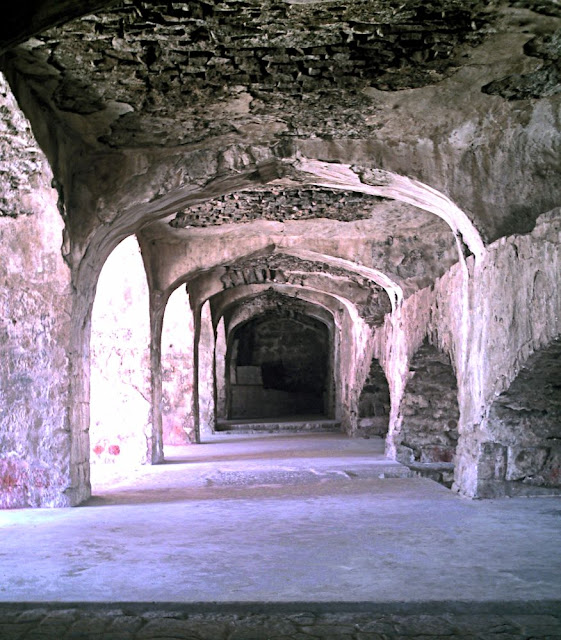 This appears to be the remnants of a hall of some kind or a religious place. 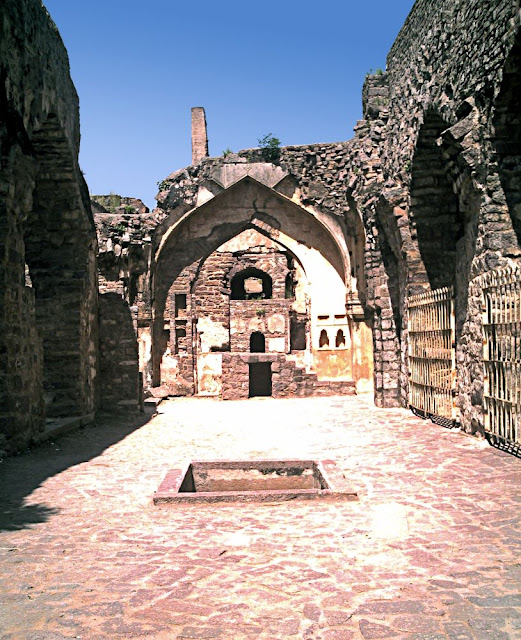 A gaggle of girl tourists at the Golkonda Fort. 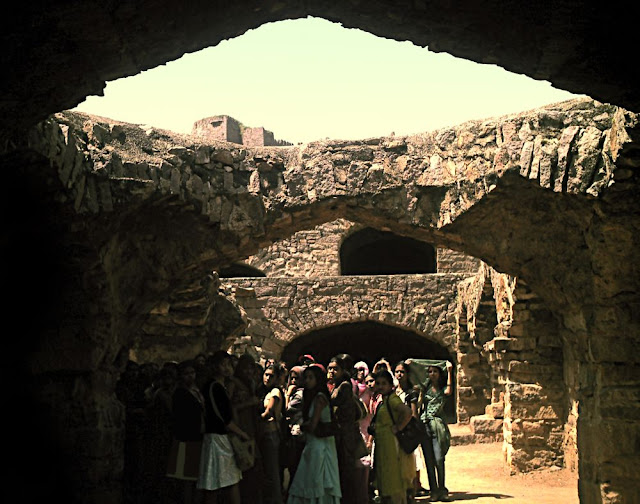 Photos of some other ancient forts in India: Red Fort at Agra or the Agra Fort - Photographs or Daulatabad Fort near Aurangabad
Or try the label  "Monuments" for ancient monuments from India and the world.