These are photographs of chocolate coated donuts. Donuts are a high calorie food. Calories in donuts can range from 200 Kcal to 400 Kcal, depending on whether they are cream filled and also their size. A plain medium sized donut (without a topping) can be about 200 calories while a cream-filled large donut can contain 400 calories. A 75 gm jam filled donut is around 250 calories.
Donuts are an unhealthy food. Junk Food. They have little fiber, but are high in sugar and salt. They are ofcourse high in fat content as they are deep fried. If cream filled, they contain even more fat. The flour used is white refined flour or  "maida."

Please avoid eating these doughtnuts because they are fried in Crisco oil which is in part a full hydrogenated fat. Apparently they have re-formulated the oil in 2004 to reduce the transfats and it is less than one gram of trans fat per serving (the law allows them to declare such low levels as zero transfat). These doughnuts  are from madaboutdonuts but other doughnuts too will be fried in vegetable shortening too, perhaps worse than Crisco. It was sad to see people thronging the shop for these doughnuts which will only will increase their chances of getting a heart attack. A recent study showed that this type of fat (reformulated to reduce trans fats) is not much better than the original full of trans fat version as it "increased volunteers' blood sugar by 20 percent while simultaneously lowering the body's HDL cholesterol." 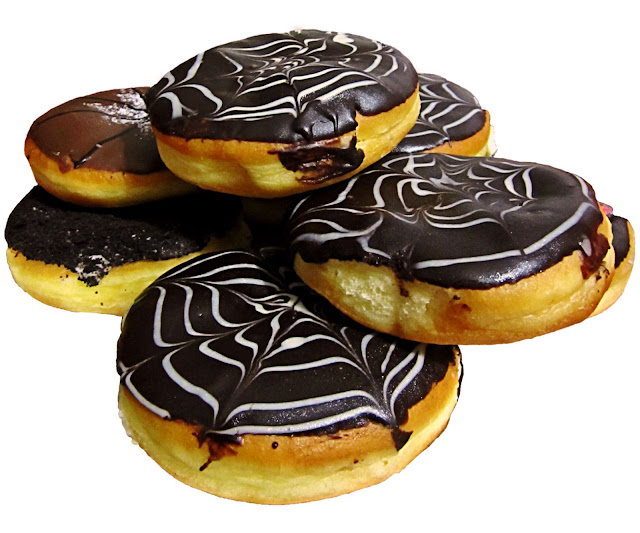 This is the same picture as above but it has been worked on in Photoshop and turned into a colored illustration. 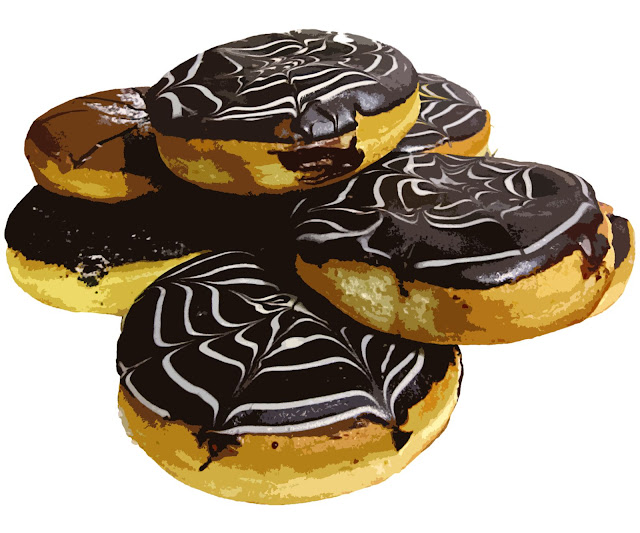