Imagine a church and Mosque combined into one! Well, that is what Hagia Sophia (a churchmosque) is all about. Well, to be precise it was a church, then a mosque, and has now been made into a museum in Istanbul, Turkey. It is magnanimous of the Turkish people and government to have stopped it from being a mosque, considering that it was originally a church. By making it a museum they are showing their sense of fairness as the mosque had been forcibly made in the premises of the church.

Hagia Sophia has a huge dome, typycally Byzantine Christian architecture and was the largest cathedral in the world for nearly a thousand years. As a mosque it was the principal mosque of Istanbul for almost 500 years.
Today it is a tourist spot. This is a photo of the exterior of the Hagia Sophia. 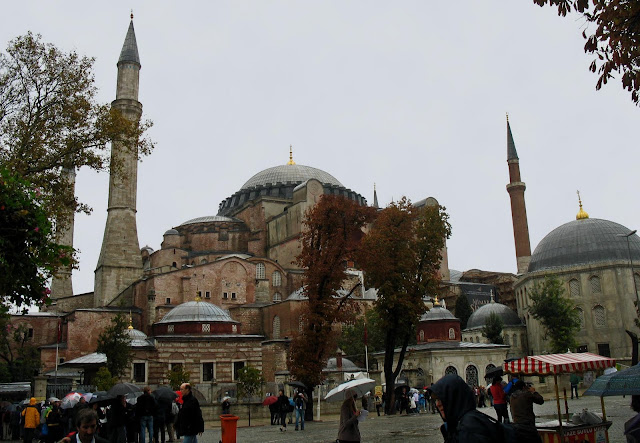 A shot of the interior, the main hall. There was some restoration work going on but here you can see the symbols of both Christianity and Islam. A painting of Christ at the top of the image and an Islamic symbol to the right of the picture. 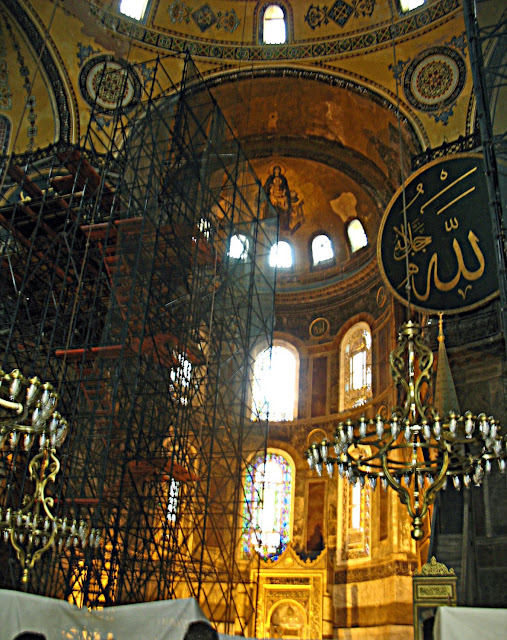 Here is a photograph of the elaborately carved and painted interiors. Paintings of Christ are visible. 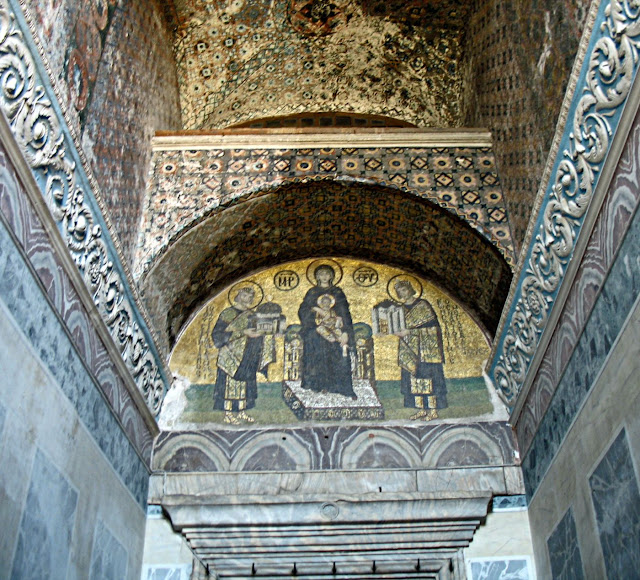 Another image of the inside of the domes and a small image of Jesus Christ. 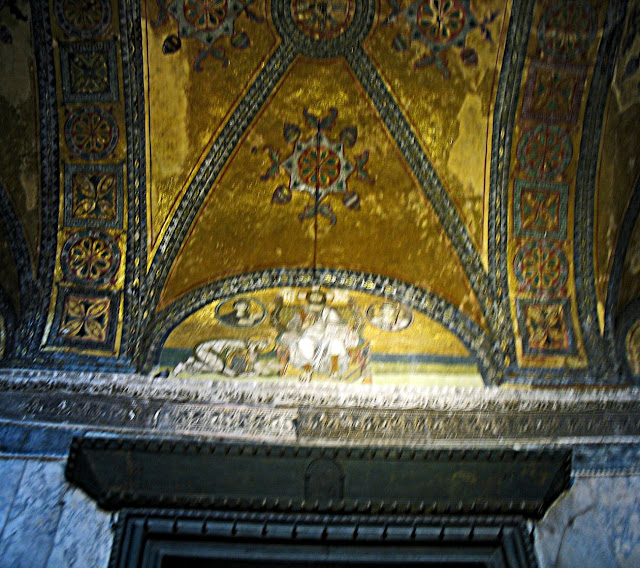 Related Images: The Blue Mosque at Istanbul
There are also a lot of pictures of the Sistine Chapel  in Vatican City in Rome on this website.