Animals are used in India to transport goods. One expects this in rural India, but this happens in cities as well although it is not very common. Common methods of city transport (for goods) are trucks, tempos and auto rickshaws. Here are two examples of animals ferrying goods in cities.

This picture is taken in the state of Rajasthan, India. A camel cart is pulling steel pipes on a city road. The driver of the cart is sitting and holding a stick to drive the camel which has a harness. 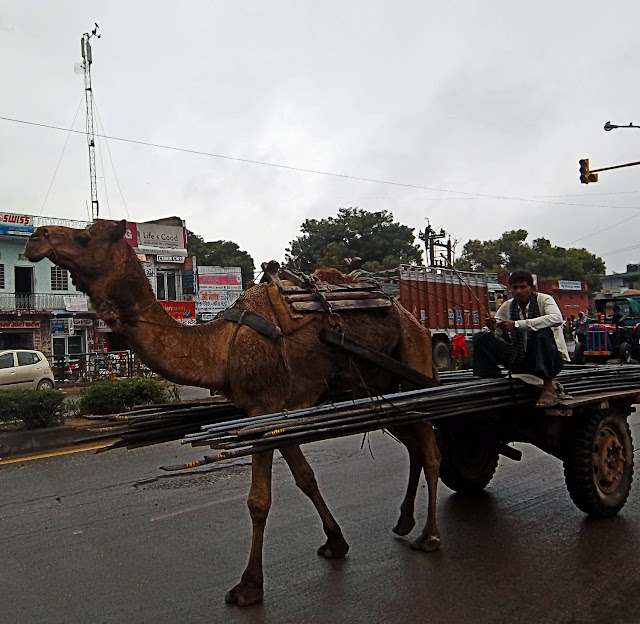 Here is a man driving a large cart pulled by a bull on a crowded city street in Pune, Maharashtra. In the photo he is at rest. At the back of his cart some material is covered by tarpaulin. The bull in the photo below looks quite majestic despite it being underfed, and is looking at the camera directly. His horns are painted red. 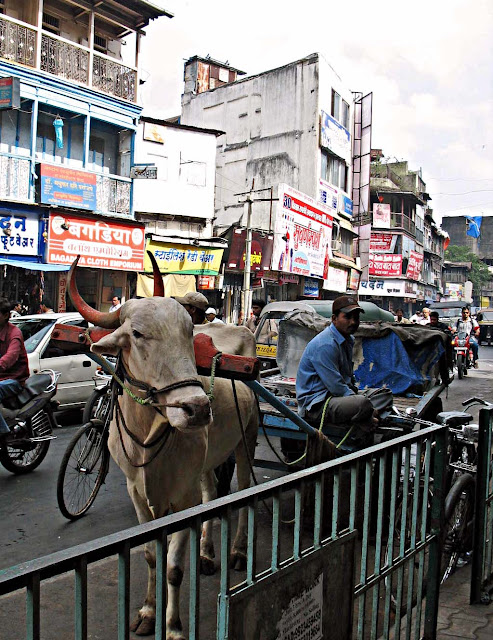 Bullock carts maybe used to transport goods in the cities at times, but in rural areas they are often used as a means of personal transport as you can see by clicking here: Bullock Carts in the country and in the city or try this post: Man with camel - photograph and silhouette