Cheriya Pally, an old Syrian Christian church in Kottyama in Kerala, one of the few old churches which are well maintained. Cheriya Pally is a church that has been influenced by the local culture and architecture of Hindu temples, and more important the Kerala style of architecture. This is evident in architectural influences as well as the typical niches for the oil lamps which is common in Hindu temples. The fascinating part of this Church is to see the amalgamation of Christian and the Hindu styles. The Orthodox Christians have built most of their churches in this unique traditional Kerala style, which is similar to Kerala temples.

The Church was built in 1579 and most of the facade is in the European/Portuguese style of  architecture. There are galleries, pillars and cornices. There are striking religious murals on the walls, and these paintings have been influence by both Indian and Western styles of art. It was built the local king for the Christians in his kingdom.

This is a panoramic view of the ancient Kerala church called Cheriya Pally.

Overall Kerala's style of architecture is unique in India, in its striking contrast to Dravidian architecture which is normally practiced in other parts of South India. This picture shows the entrance to the church and again a tall gold or brass tower, perhaps a lamp tower, which is commonly seen in Kerala temples. Lamps are lit here. The cross at the top distinguishes it from a temple! 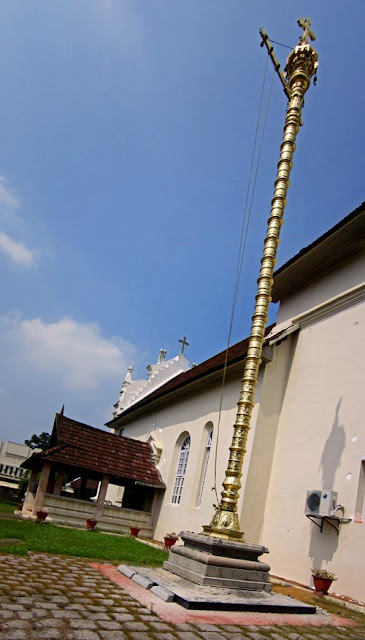 Here are brass lamps which are typically found in Indian temples. This is the inside of a church, in front of the main alter. These lamps go all the way down the long corridor which can be seen in the first image. 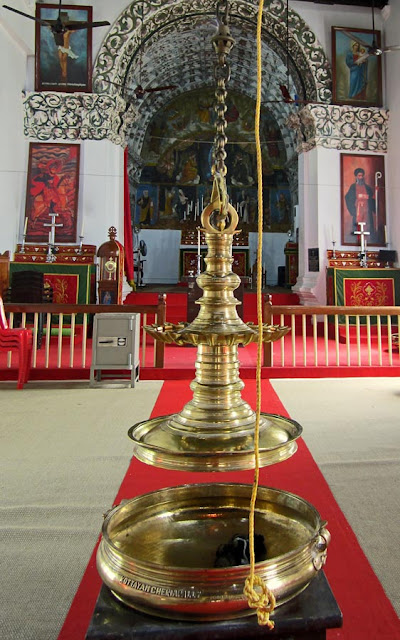 A closer look at the various murals and designs above the altar of the church. 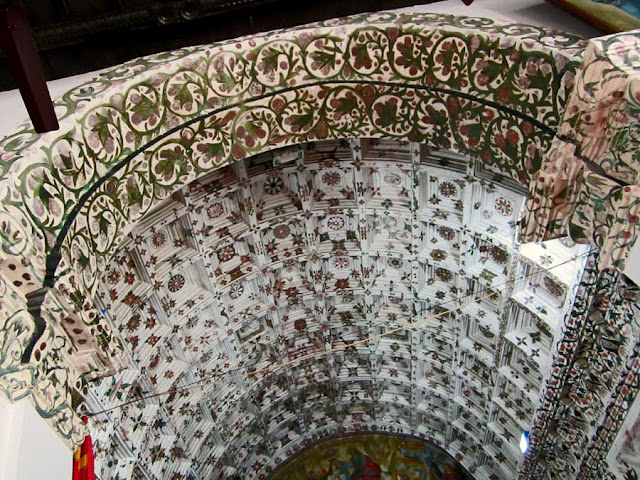 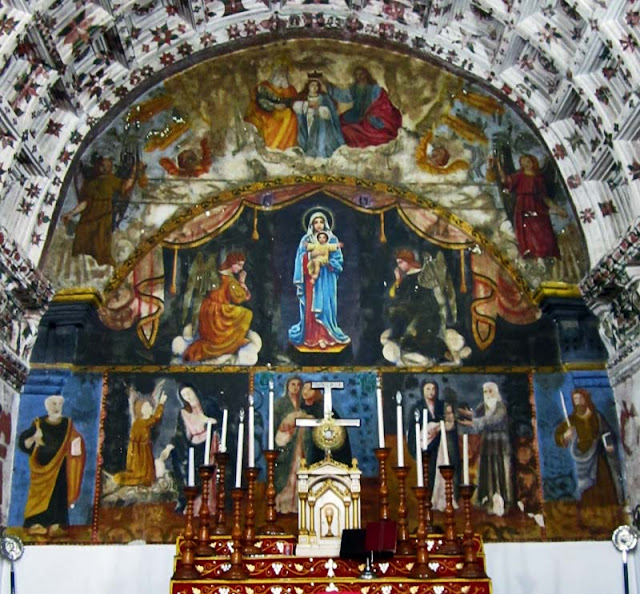 A church and a mosque in one place - Turkey! Check out the Hagia Sophia Pictures which goes one step further. This is not just a place influenced by architectural styles but a place of worship for both religions - a churchmosque which is most of the time a museum.
There are also a lot of pictures of the Sistine Chapel  in Vatican City in Rome on this website.
More related images: Church Silhouettes or Christmas Tree Silhouette