This is some beautiful tile work at the Sistine Chapel giving the impression of paintings. The tile bits are tiny and cannot be seen easily with the naked eye. Different coloured tiles were used to make varied designs and giving the effect of a painting.
It was difficult to get clean images of the floor areas due to the number of people milling about.

A combination of 3 images (vertical and horizontal)mainly to keep people out of the picture. Animals obviously had an important role to play in Roman times and this is reflected in the art. Here you can see the tile paintings of warriors, horses and some half humans and half animals amidst geometrical and floral designs.  The tiny tiles used to make the image can be seen at the bottom of the picture.

Greens, blues and reds are predominant in this piece of art. 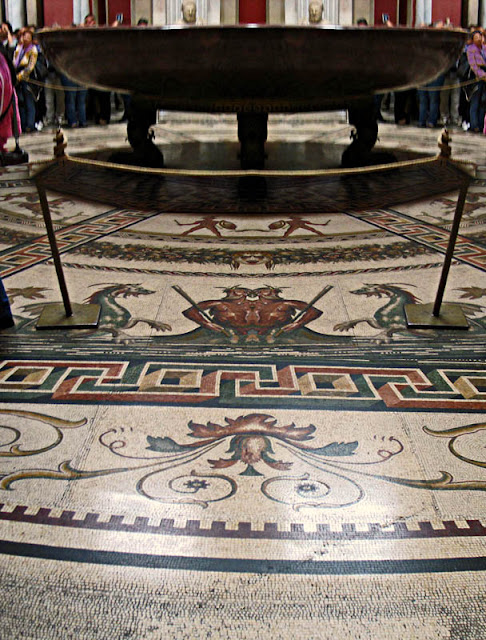 A close took at a gigantic urn in the middle of the marble tiled painting. It is sitting in the centre of a large geometric design with colours of red and green. This looks different from the large urn in the image above but that could be because of the lighting. 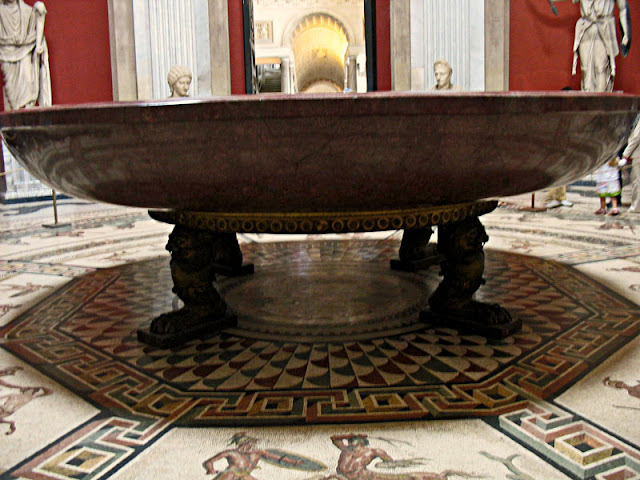 This is a close-up of the same marble flooring design as above, made up of tiny tiles. The design appears to be telling a mythological story as it has several half human half animals, called Centaurs. Centaurs are common mythological figures. 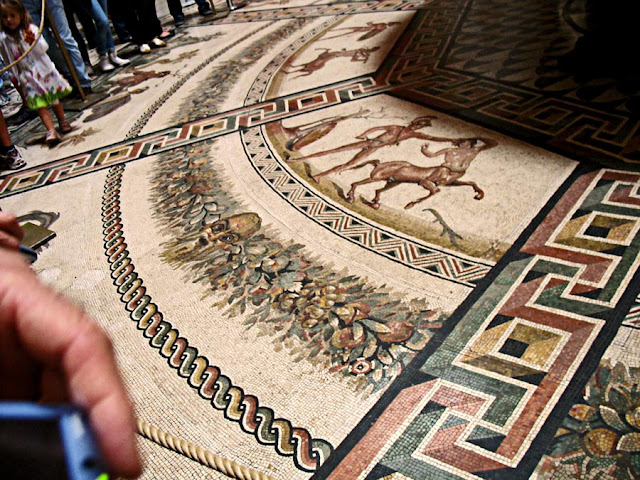 Deep blues and ochre and yellows are used to make a striking design. It almost seems like some sort of royal emblem. 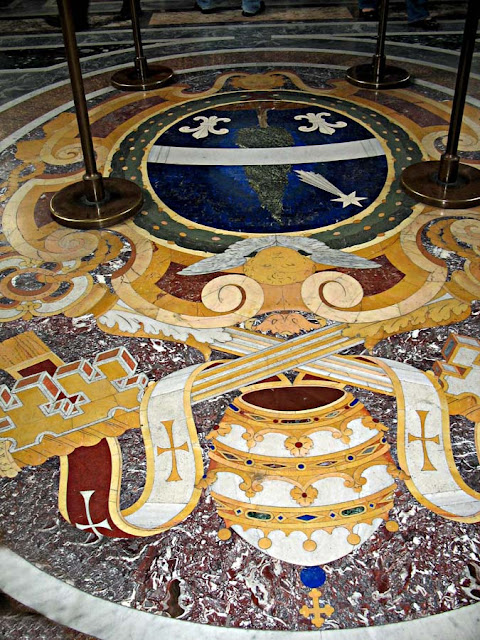 This picture is a combination of at least 3 images. Not only is the area too vast to appear in a single shot, the contant stream of people blocking the view makes it difficult to get a clear shot. The top left hand corner and the bottom right hand corner have been painted a gray to fill in the blanks. At the bottom of the image some of the tiles have deteriorated. This picture has a picture of an angel (?) and also astrological symbols of the sun, the moon and the stars. This is circled by geometric designs. The figures of a man holding up the round design appears to symbolize the globe being held up by man on four sides. 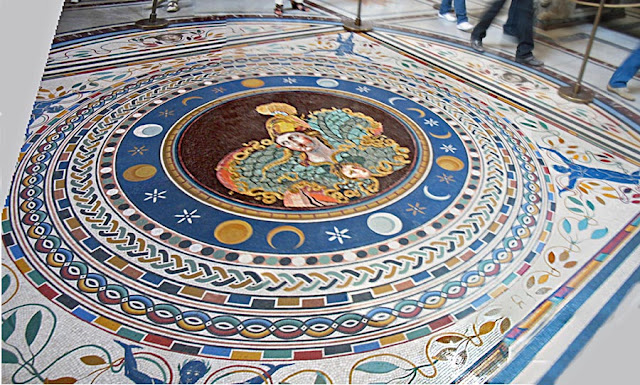 Related Images: Sistine Chapel Ceiling designs or  Sistine Chapel Corridor Ceiling Paintings and Designs
Or  Sistine Chapel in the Vatican City in Rome Italy
For more pictures from Italy and Rome:  City of Roma - Pictures or  Photographs of the Colosseum at Rome, Italy or Trevi Fountain (Fontana di Trevi) in Rome or the Rome castle or Castel Sant'Angelo - photographs and sketch or try any of the labels below this post.