The Sistine Chapel is where the Pope lives, the head of the Catholic Church. It lies in the Vatican City. It's painted architecture and sculpted decorations, frescoes and paintings are famous throughout the world. Renaissance artists like Michelangelo, Sandro Botticelli, Pietro Perugino, Pinturicchio worked on the paintings and frescoes in the chapel, creating great works of art.

This is an image of the spectacular ceiling of one of the corridors inside the church. Most of these paintings depict the life of Jesus Christ and Moses and are meant to be interpreted and read.  Symbolism was used freely. 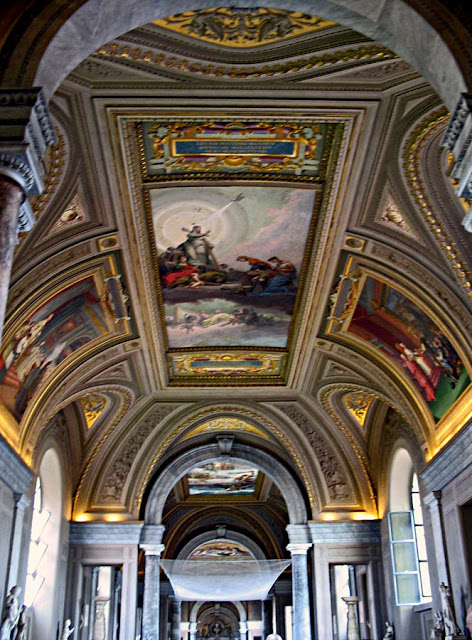 Another equally breathtaking painting on the ceiling of the church surrounded by gold engravings. Angels and other figures from the bible were used freely in the artwork and frescoes on the ceiling. 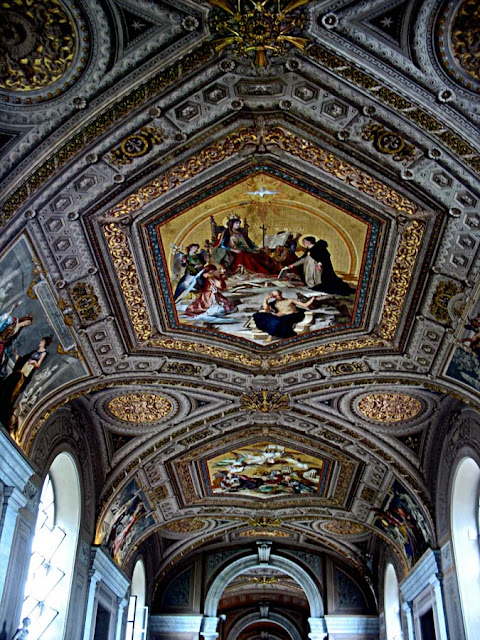 A circular painting up inside an arch at the Roman Church. This painting shows some sort of war or battle going on. Some of the figures (angels?) are shown killing animals and also humans. 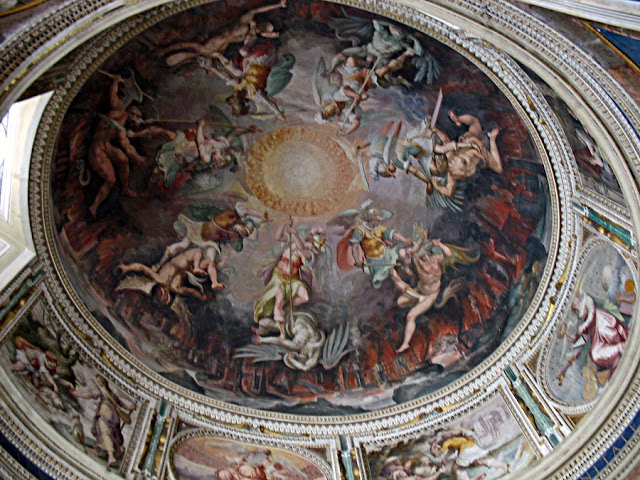 Another circular piece of renaissance art. Angles with wings and halos can be seen in the blue and gold painting. 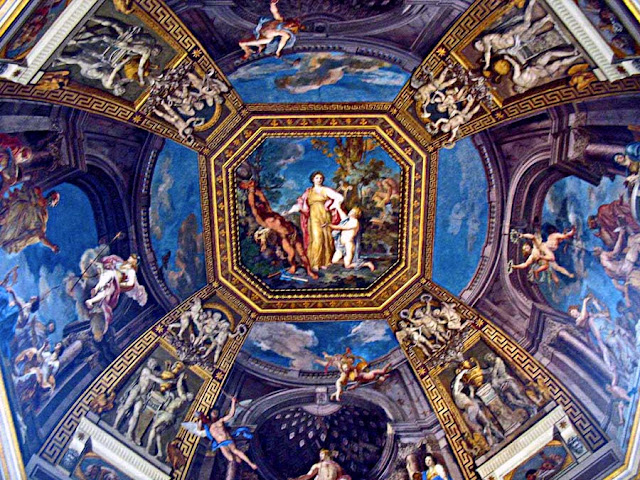 Related Images: More Sistine Chapel Corridor Ceiling Paintings and Designs or   Sistine Chapel in the Vatican City in Rome Italy
For more pictures from Italy and Rome:  City of Roma - Pictures or  Photographs of the Colosseum at Rome, Italy or Trevi Fountain (Fontana di Trevi) in Rome or the Rome castle or Castel Sant'Angelo - photographs and sketch or try any of the labels below this post.