The Reed Flute Cave is a popular tourist attraction in Guilin, Guangxi, China. It is a natural limestone cave and the stalactites, stalagmites and interesting rock formations in all kinds of shapes have been decorated with multicolored lighting. This gives the cave its beauty and it is indeed quite a wondrous experience...a mixture of nature and art. This 180 million year old cave was popular more than a thousand years ago although it was re-discovered in the 1940's. (These pictures also make interesting desktop backgrounds.)
This is the main cave with the natural rock formations spread out like a miniature city, perhaps from a future fanstasy! 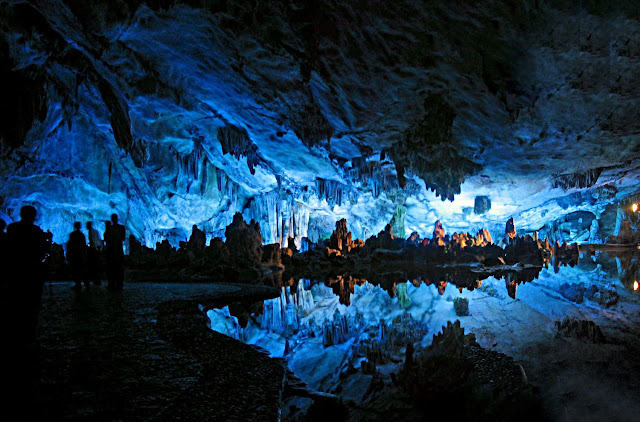 Reeds grow outside this cave (used to make flutes) and that is why this is known as the Reed Flute Cave. Inside the caves there are many inscriptions (in ink) and these date back to the first century AD (Tang Dynasty) and it is from these ancient inscriptions that we know that this cave was a popular tourist attraction even then.
Here you can see the stalactites and stalagmites curving upwards and downwards like spires and skyscrapers! 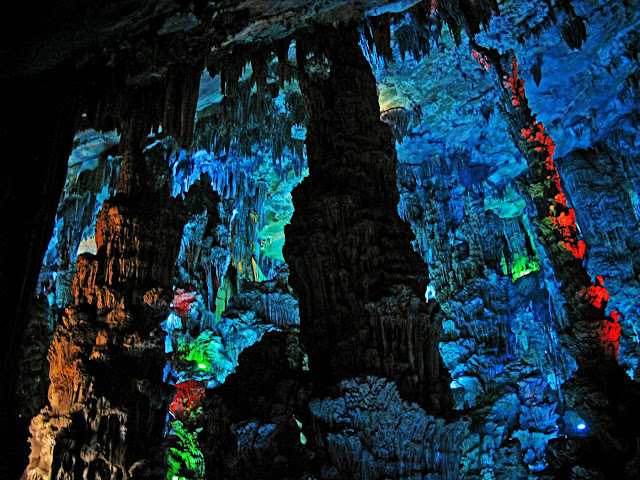 Imitation of some type of underwater garden but this is underground. 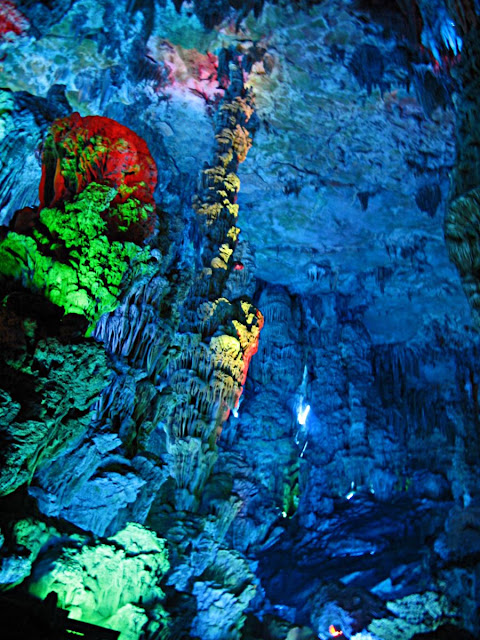 These stalactites and stalagmites look like carved figurines from a temple. 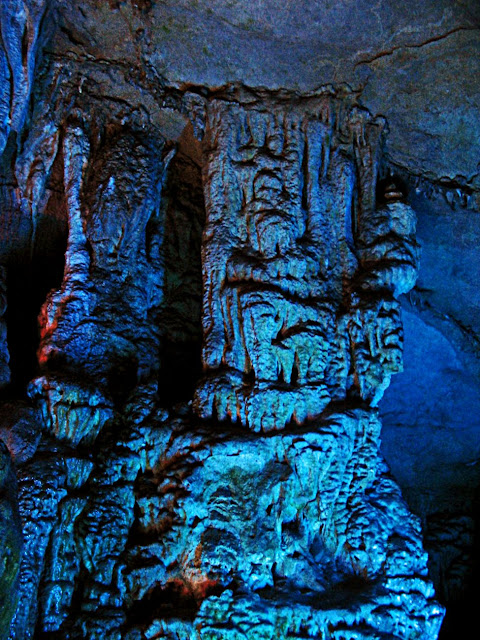 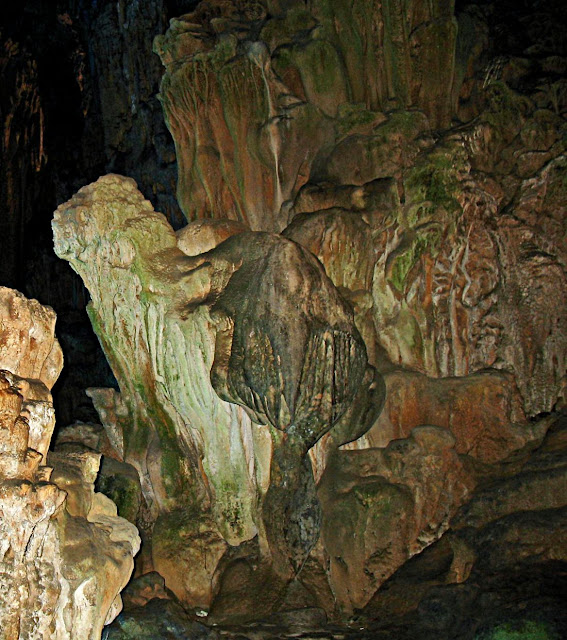 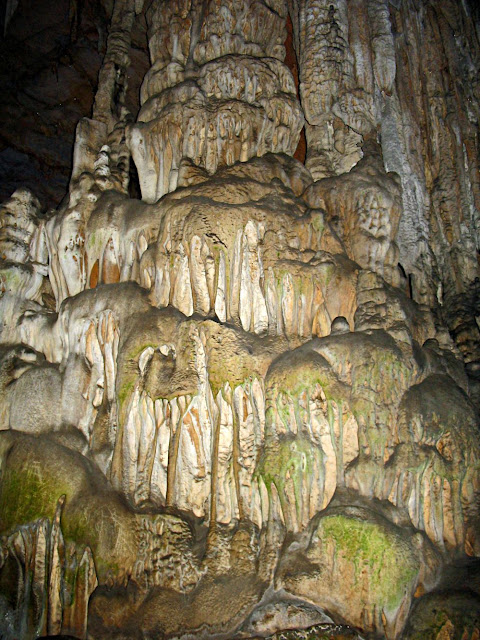 Images of tourist attractions in China: Tiananmen Square in China or Forbidden City in Beijing, China or the Xian Dance Opera or The Great Mosque of Xian, China or the Golden Buddha Statue
For photos of Chinese cities and people: Beijing Photographs and Skyline or the Streets of Beijing with people, traffic, cyclists, pavements and buildings or Or Shanghai Skyline by day and Shanghai Skyline by night or simply click the label CHINA to see more images of the Chinese people.