A city project under development called Lavasa has been in the eye of controversy and has come under the scanner for dubious land deals and environmental damage, all involving politicians. The objective is to develop a pretty city both as a getaway for tourists and also a place where people can live in beautiful surroundings. This project has temporarily been suspended although people do go there as hotels are operational. More about the corruption here.

This is an overview of the main promenade and hotels. When we visited the river bed was dry. You can see white sun umbrellas on the wide Lavasa promenade where people relax and enjoy the view. On one side are the hotels and on the other side is the river bed. People pass the time walking up and down the promenade. A young hip crowd mostly although I am not sure why they like Lavasa. There is nothing here. Certainly not nature. It's nature ruined. 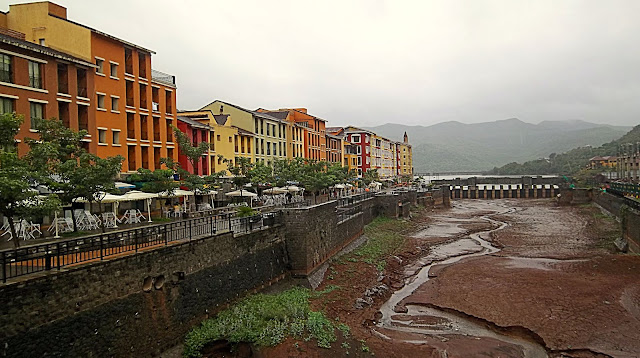 This is a facade of one of the hotels. All kinds of restaurants are active here and some of them are very fancy ones. 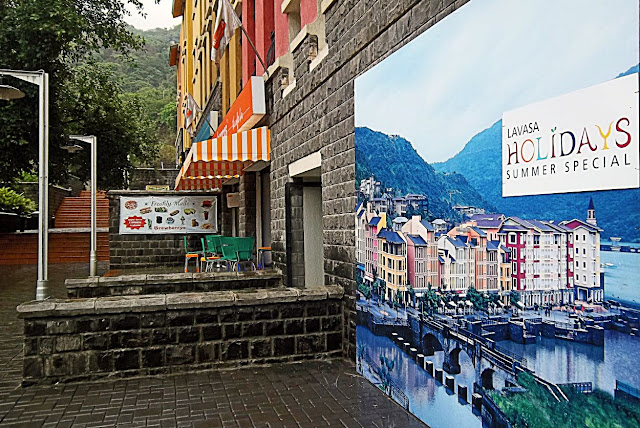 Another view of the buildings of Lavasa. The promenade (seen in the next two photos) is broad and nice to walk on. 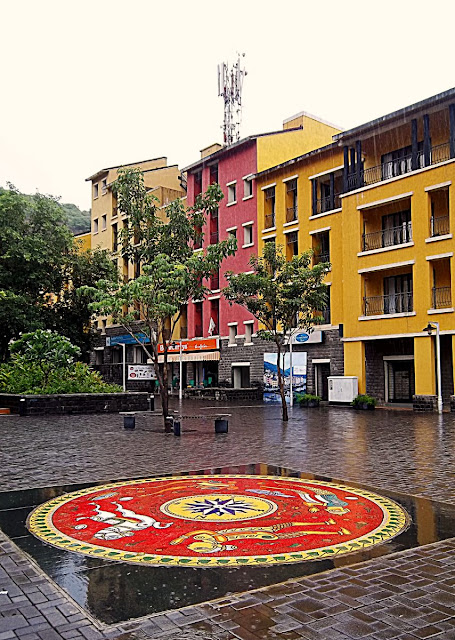 For some odd reason the architecture has been copied from some western cities. Most buildings are tall and narrow structures with little or no ventilation. The rooms are claustrophobic with the narrow windows and almost non-existent balconies. Great for cold weather, but not comfortable for the hot Indian weather. Some folks might not have a choice when it comes to buying a tiny flat with poor ventilation as a home in a crowded city, but why would they go to a hotel over the week-end where the rooms do not let in air? Specially as the idea of coming to Lavasa is for enjoying nature? 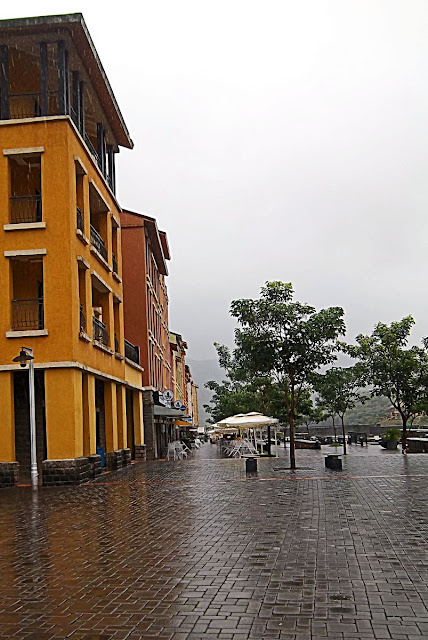 I could not help but laugh when I saw the names of the streets! Are people really impressed with these fake names? 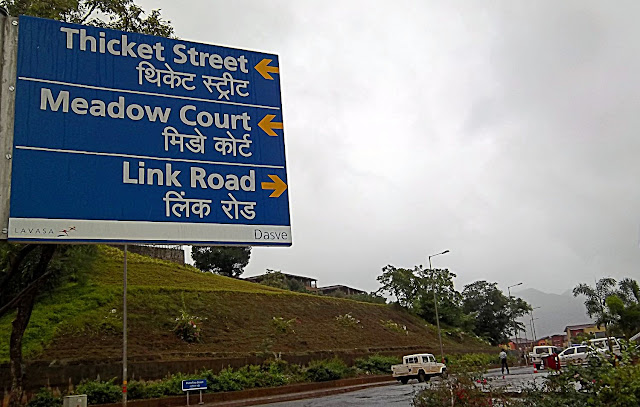 This is a view of another hotel at Lavasa. They say it's better that the ones at the Promenade but we never went there. 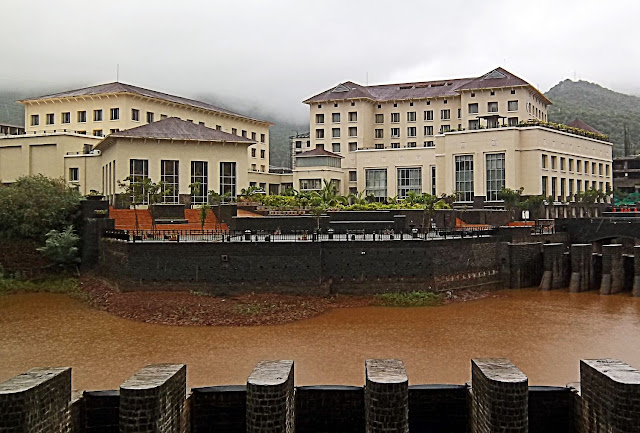 Now the ugly side of Lavasa. The breaking down of the hills and ruining of the environment is in full swing. However environmentalists have halted the construction activity. Today a lot of Lavasa looks like this. Half complete. The houses on the hillside are incomplete shells. There is no one living there. 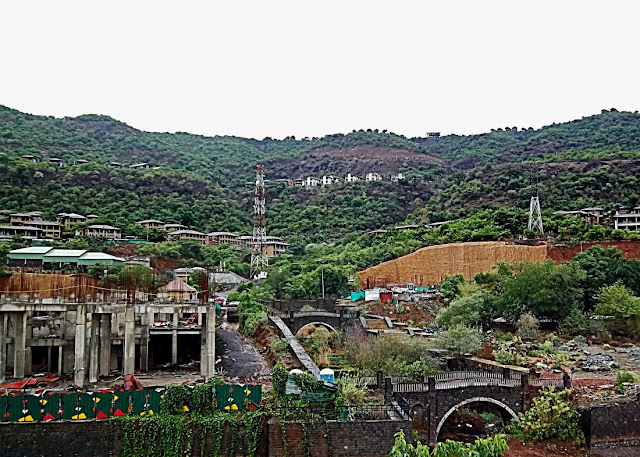 This is a sad sight. Actually digging into the hill to make space for a building. I am not an environmentalist but even to my layman's eyes it didn't seem right. 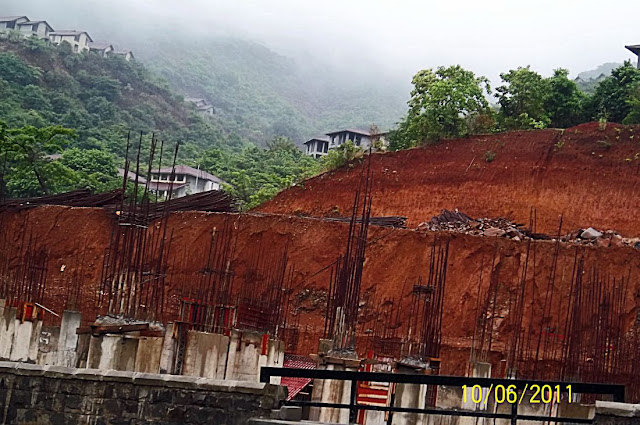