Dahi Handi is played on Krishna Janmashtami (to celebrate Lord Krishna's birth). It is a popular sport in Mumbai and Thane. Legend has it that Lord Krishna used to steal butter and curd (dahi) when he was a child. This situation is recreated by the Govindas or  Balgopals (players) who make a human pyramid to break an earthen pot (matki or handi) which is tied high in the air at public squares or in the open streets. Large sums of money are kept as a reward for breaking the handi, and the prizes go into millions of rupees.
A photograph of Govindas going to a site to compete. 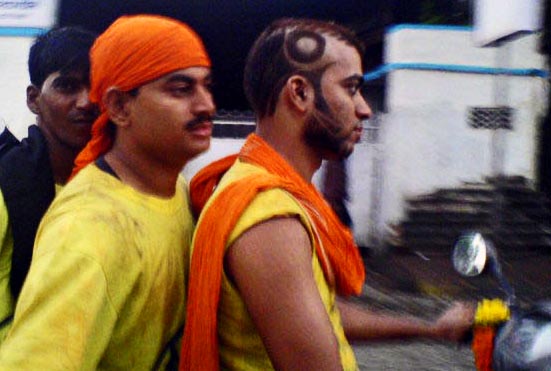 These are images of a Spanish troupe practicing Dahi Handi in Thane this year. They are here to learn and to teach as well. In this first image they have started building the human pyramid. A large crowd has gathered to watch them. 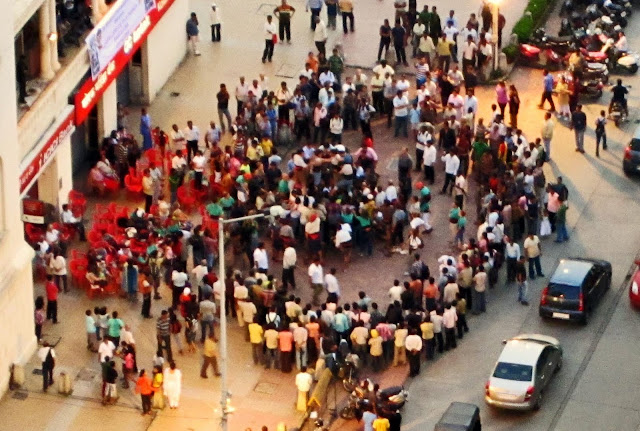 The Spanish group (Castellers de Villafranca) which holds a world record for building a 10-level human pyramid, is poised to take part in the dahi-handi events in Mumbai, Thane and Navi Mumbai this year. The 240-member team is led by Miquel Ferret has been invited by people here. They will compete with the locals for the prize. There are plans to promote dahi-handi as a tourism event by the Maharashtra government. 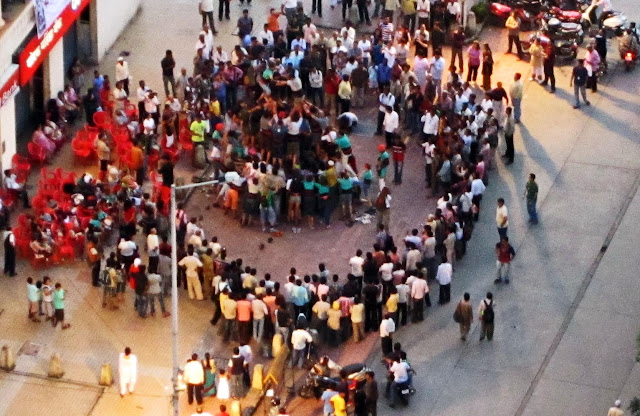 The human pyramid is slowly building up. 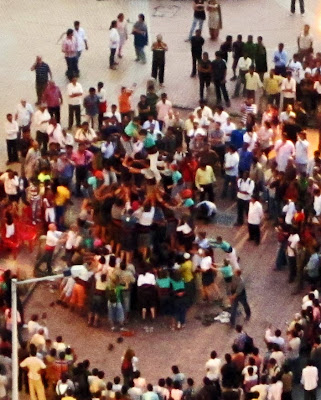 A five-level pyramid is ready with children as young as five at the top of this human pyramid. Interestingly, they are wearing helmets (in orange) which not many of our locals do. 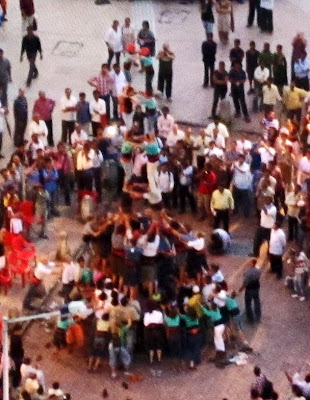 All set to climb down from the pyramid they have  built in a matter of minutes. 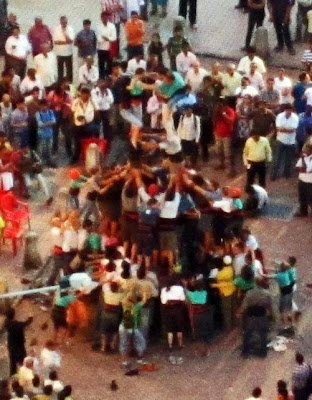 
For images of Ganesh Idols lit up with decorative electric and psychedelic lights see this post: Ganpati at Night or try this one: Ganesh Pandal decorations on the streets
More related Images: Priest performing a Pooja or Hanuman Temple
For religious symbols from Hinduism: Swastika graphics from India or Paduka or Guru's feet or or Shiva Pindi or Lingam