Foreigners, students, bachelors and Spinsters not allowed as tenants

This signboard is hilarious. And in the modern city of Pune.
For those in search of a home it can cut to the quick.

In India we have a ghetto mentality. And a narrow minded view of how people should behave. While prejudices against Muslims (being your neighbor) cannot be openly voiced, biases against youngsters are openly voiced.

True, all of us have a right to choose his/her tenant. A vegetarian does not want a beef eater as a next door neighbor. Even in western democracies there are rules and restrictions but they put the rules on behavior not people. For example they may say no pets, or even no small children!  It's not a blanket rule against a particular type of person. Noise is frowned upon, whoever you are.

To assume that all youngsters lead a free wheeling and noisy life are often just biases.
If there are compunctions on whether the person has friends of the opposite sex, these are narrow-minded and petty views. What in the world is wrong if a young person has a sex life? It is a private matter.
It's time such boards and attitudes became illegal. Instead just say quiet tenants needed! 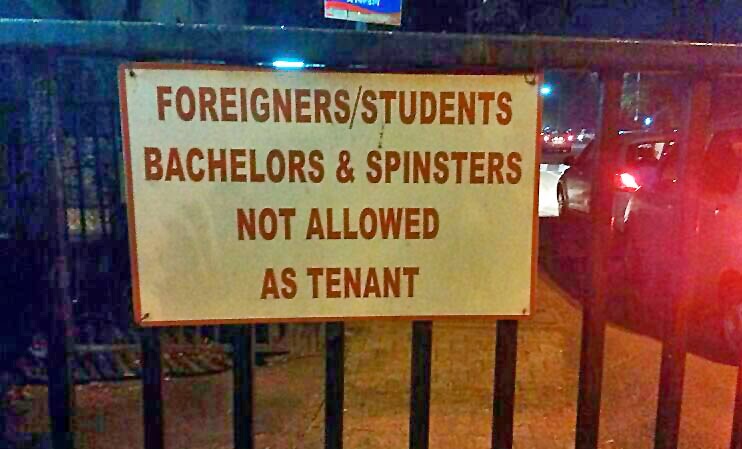