Rani of Jhansi Statue in Pune

The Rani of Jhansi, or Lakshmi Bai died at the age of 30, brutally murdered by the British on 18th of June 1858. She was the Maratha queen of the princely state of Jhansi, which was ruled by the Marathas. This state was situated in the north-central part of India. Although she was born to a Maharashtrian Brahmin family, she was adopted by the Peshwas. In her childhood she was trained in the defense arts.

She was a famous freedom fighter who took part in the Indian Rebellion of 1857. She did not hide in the kitchen, but instead went out to fight. It is now a legendary story of how she fought with the sword with her small prince tied to her back. This statue in Pune's Deccan area commemorates her.  Unfortunately, the hideous hoarding of rabble-rousing modern politicians ruin the scene. 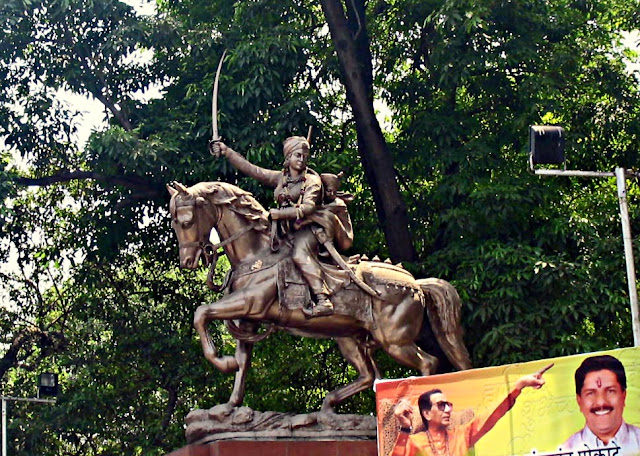 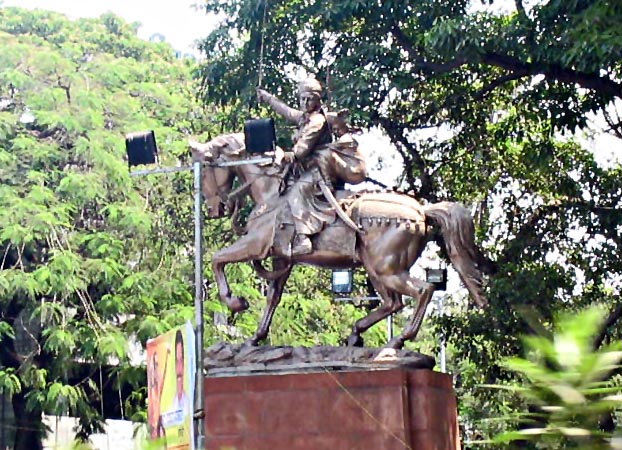 Rani ki Jhansi's statue is in a very busy area in Pune. This view is from the back. 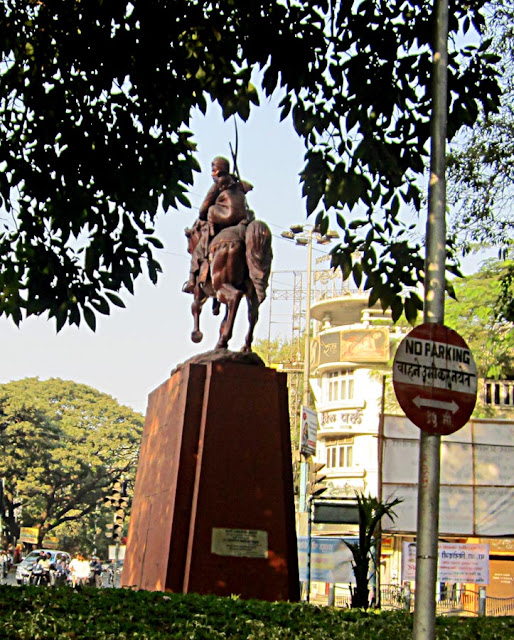 Field Marshal Sam Manekshaw statue in Pune. Or try any of the labels below this post for more photographs on this blog.