These are sketches, silhouettes and illustrations of the modern monument in London in the United Kingdom - the London Eye. The landmark structure gives you a bird-eye view of London from all directions for around 40 kms and it's quite fun actually. This Ferris wheel is on the banks of the River Thames and almost 500 feet high. It's the tallest Ferris wheel in Europe, and gives a panoramic view of London as it spins in slow motion.

The large ferris wheel has many capsules which carry people and the first sketch is a close-up of one such capsule and each capsule weighs 10 tonnes and can accommodate at least 20 people. The total number of capsules are 32, elegantly designed. 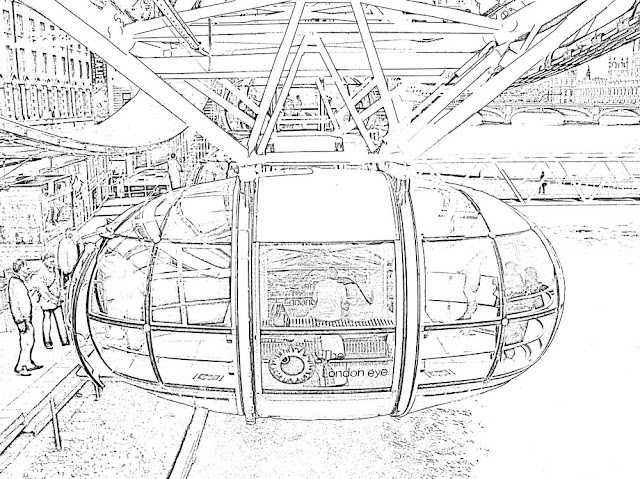 This is the sketch of the actual giant wheel with the capsules perched on it. A hit with tourists. 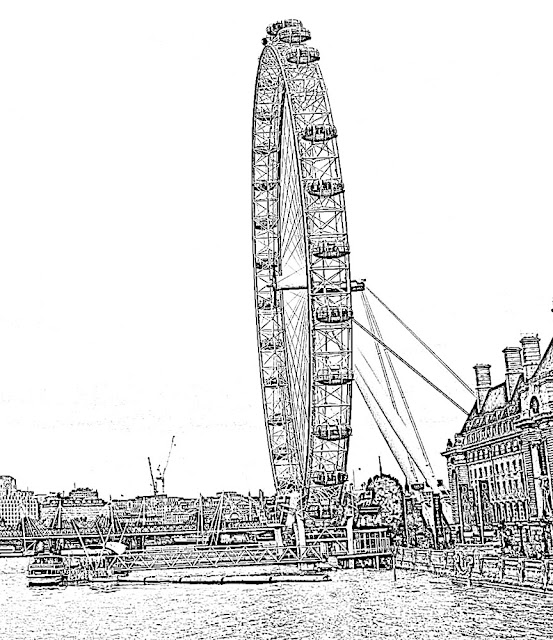 A silhouette of the London Eye with a turbulent sky in the background and the dark buildings etched ominously against the cloudy sky. The London Eye monument looks quite interesting in silhouette. 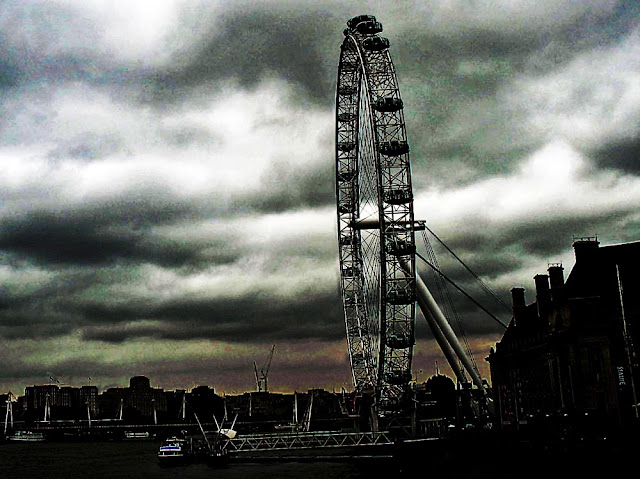 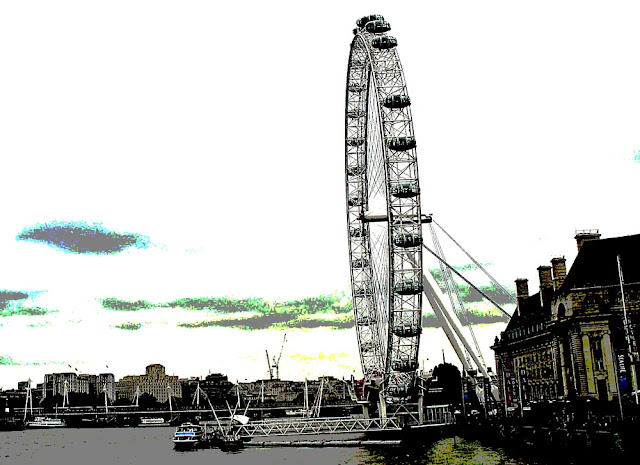 A black silhouette of a famous London landmark: The London Eye from where you can see the whole of London as you go up the great wheel. 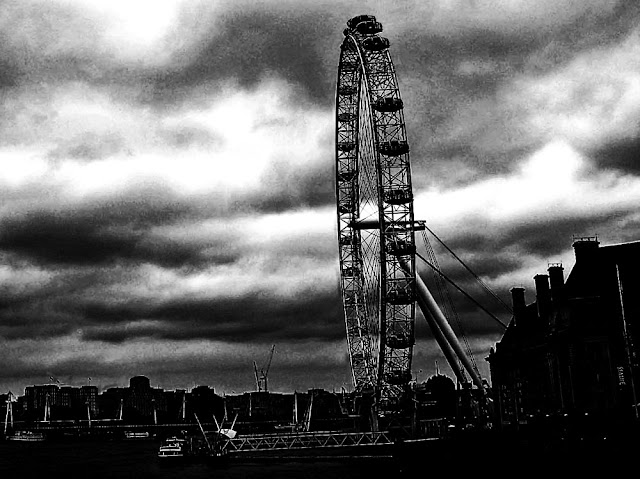 (These images are based on the photographs of London Eye)

More Sketches and Silhouettes of London Monuments and Landmarks: Westminster Silhouette and Sketch or Queen's Guard photo, sketch and silhouette or Tower of London Photograph, Sketch and Silhouette or
Britain's Royal Emblem and Sketch or Silhouettes of the London Skyline
Actual photos of  Westminster Palace and Big Ben which is the British House of Parliament.
Pictures of London and the royals: Buckingham Palace Panoramic View or Victoria Memorial Fountain outside Buckingham Palace in London
London scenes: Free iconic scenes from London or London scenes from daily life: Musician in the London Metro or London streets with traffic, buses, crowds and people