The Malayan Tapir or the Asian Tapir, is not an animal you see very commonly in most parts of the world. It is from the rainforests of South East Asia. It is a fairly large animal with an unusual coat. It is black mostly but it has a large white patch on its body and the tips of its ears are also white. This is black and white coat is for camouflage and it can be mistaken for a rock. It has a snout like a pig's.

These Tapirs are not tame, and are not from a zoo. The pictures are of wild Tapirs who have come out of the jungle at dusk. 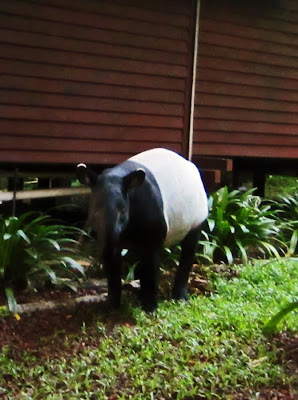 A Malayan Tapir from the side. 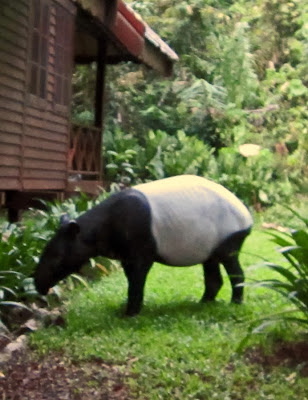 Here you can see the Tapir's snout. 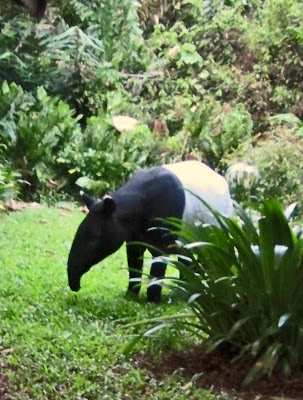 More Pictures of animals: Elephants on the streets of India or Man with camel - photograph and silhouette  Yaks in Ladakh
You can also check the label "Animals " or "Wildlife."