India is one of the most religious countries in the world, with the highest number of believers. This is reflected best in the homes of middle class Indians who outnumber the upper classes, and also the poor (the poor or those under the poverty line consist of approximately 22-25% of the population). Almost every room has a diety in the house of a middle class India.

The pooja room is however mostly near the kitchen. If the household is affluent he could build a separate pooja room, but for most middle class Indians, the different deities are placed in one corner in the kitchen. 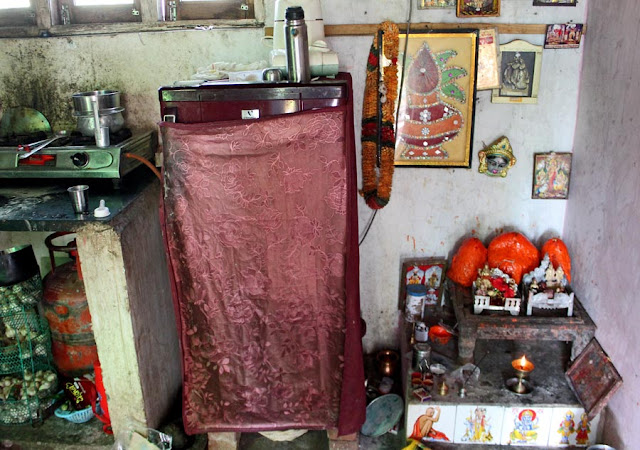 However, there are photographs or figures of deities in almost every room. Here is a photograph with the idols kept neatly on a shelf near the ceiling in the living room. 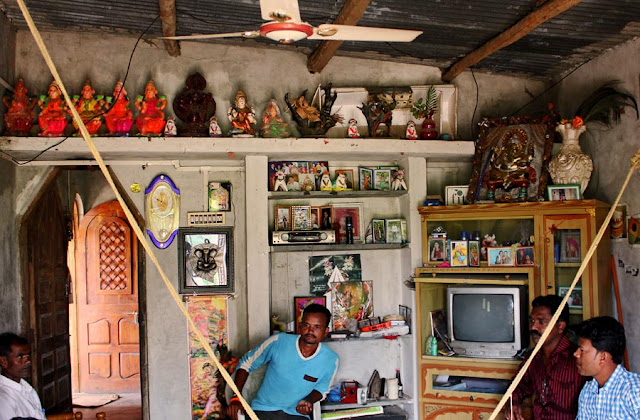 Here is a picture of the goddess Laxmi giving her blessings to Shivaji Maharaj, an ancient king. This photograph was present in a common room of the house. 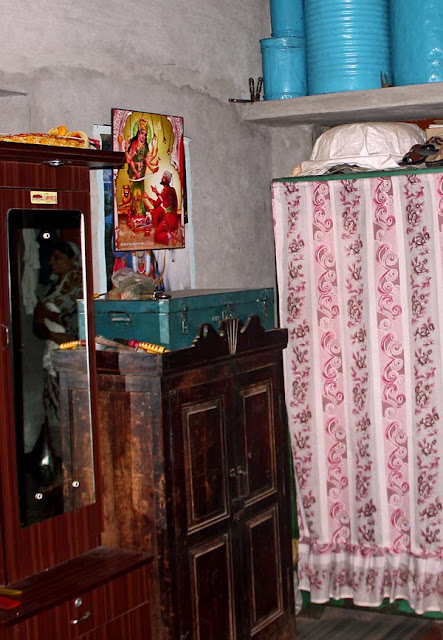 And as if pictures of deities are not enough, Indians invariably worship their past leaders. Here in this photograph you can see photographs of Swami Vivekananda (who was a guru and a propagator of Hinduism) and Jawaharlal Nehru (ex-Prime Minister) next to the photographs of deities. 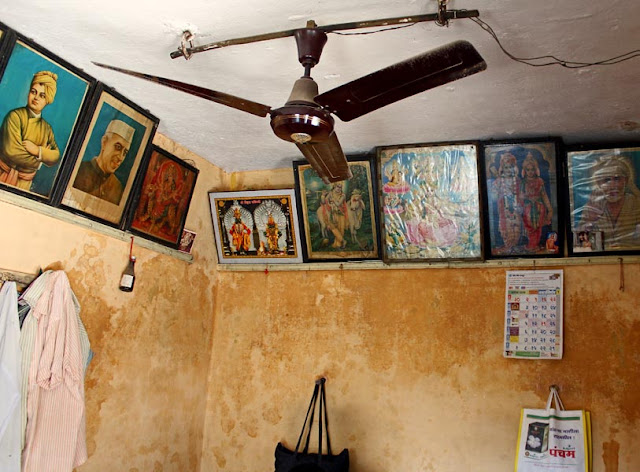 You might also like: Middle class kitchens of rural India or A village in Maharashtra or Huts in an Indian village or Photos of thatched huts from the Chennai area or Photographs of houses and huts from Dakshinachitra in South India (which has a picture of a model thatched hut) or Interiors of rural homes in India
Or if you want to pictures of rural people, click: Rural People
Related viewing: Sketches of traditional Indian houses