A simple pencil or line drawing of the three main pyramids of Giza. The pyramid on the extreme right is the Great Pyramid, the tallest of the three, the middle one is the Pyramid of Khafre or Chephren and the smallest Pyramid of Menkaure (or Mykerinos) is visible only partly, behind the Great Sphinx.

A sketch of the two main pyramids of Giza, the Great Pyramid and the Pyramid of of Khafre or Chephren. The outline of the Sphinx is also visible. 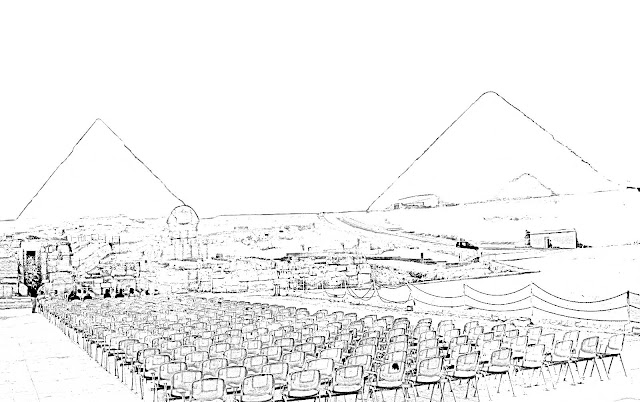 A silhouette of the three pyramids of Giza in Egypt. The Great Pyramid, Pyramid of of Khafre or Chephren and the Pyramid of Menkaure behing the Great Sphinx.

Another black on white silhouette of the two main pyramids of Giza in Egypt. 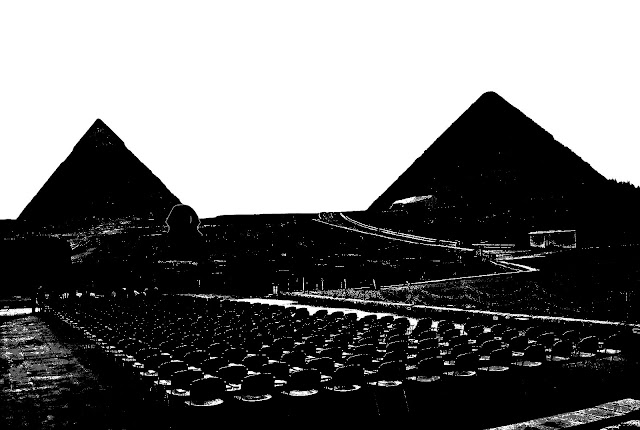 These drawings and silhouettes are based on this post: Three Pyramids of ancient Egypt
More photos of ancient monuments from Egypt: Temple and statues of Queen Hatshepsut of Egypt or Karnak Temple and Pillar Designs or The Great Sphinx of Egypt
For more related photos try the label "Egypt"