It's the world's tallest building and if you like buildings you will like this one. It looks like a crystal marvel, and stands shiny and tall next to the Dubai mall in the UAE. This 163 floor building lives up to the name skyscraper. Apparently it's not easy to breathe at the top, and tourists are only allowed up to 124 floors to the viewing gallery. The skyscraper is 829.8 metres or 2,722 ft tall, and took six years to complete. Official opening of the building officially was in 2010
It is more than double the height of the Eiffel Tower (Paris) and almost double that of the Petronas Towers (Kuala Lumpur). 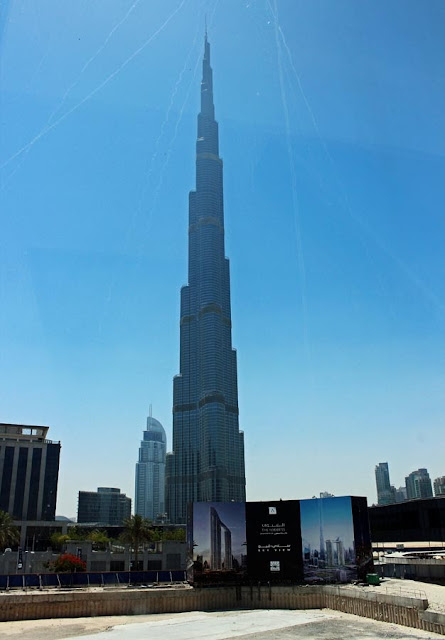 A photograph of the Burj Khalifa from the passageway which connects the metro station to the monument. 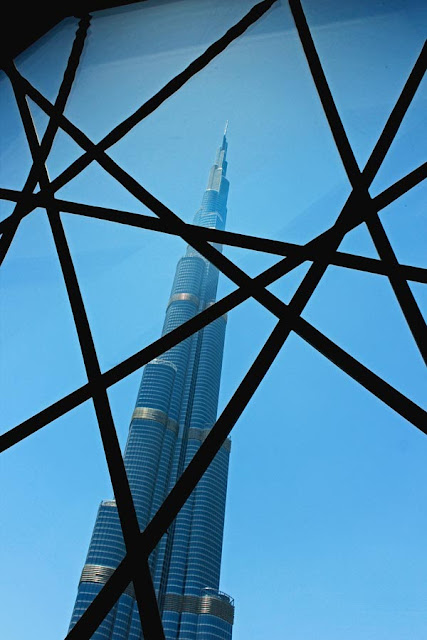 A model of the Burj Khalifa. 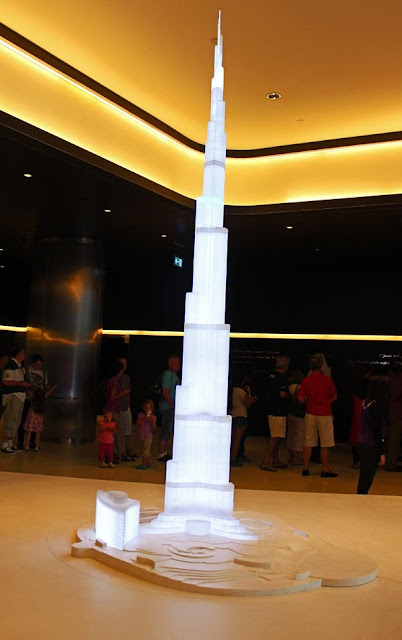 Construction never really stops in Dubai although it already looks like a spanking new city. Here is a building under construction with the Burj Khalifa in the background. 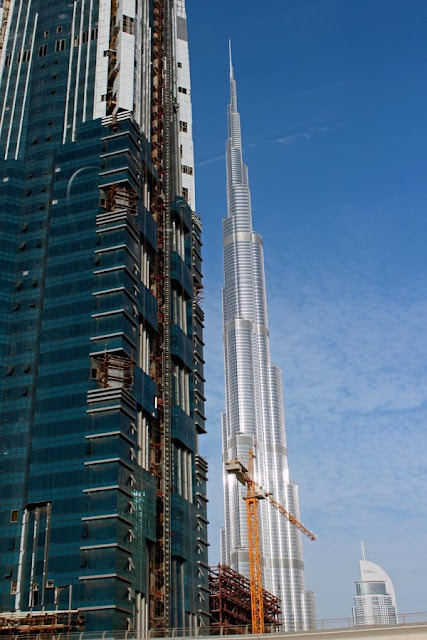 You might also like Skyscraper Sketches or Skyscraper silhouettes and illustrations or Hong Kong Skyscrapers or Shanghai skyscraper sketches and silhouette or the Shanghai Skyline by night.

More: Beijing photographs and skyline.
For skylines of different cities of the world try the label: Skylines.
Or for more Dubai related pictures: Desert Safari or Sand and the Dubai desert